According to a recent analysis, maximizing the potential of carbon credits and investing in power storage and green hydrogen can assist Africa in mobilizing climate financing for prosperity. This might facilitate the continent’s transition to sustainable energy and increase access to electricity for all.

For governmental and corporate decision-makers, six critical proposals on climate finance for African growth have been provided. On how to finance decarbonized growth in Africa and its energy transition, it makes a number of practical yet aspirational proposals.

It made six suggestions for increasing the mobilization of climate financing for African growth based on a series of in-depth analyses of business cases and a series of exclusive interviews with influential decision-makers.

The following six suggestions are:

The paper states that in order to guarantee the security of the energy supply, African nations must adopt realistic and meticulous planning.

The World Bank predicts that between now and 2050, the population of Africa will quadruple due to its unheard-of expansion. By 2050, the world’s population is projected to grow from 1.2 billion to 2.4 billion, with roughly one in four people residing in Sub-Saharan Africa.

600 million Africans do not now have access to electricity. Therefore, the research states that the most urgent concern facing the continent is access to power.

Despite only contributing 4% of the world’s greenhouse gas emissions, Africa’s emissions are increasing as a result of its predominantly carbon-based energy mix.

Between 2016 and 2021, 964 gas, oil, and coal projects in Africa received at least $132.3 billion in funding from public and private sector financial institutions. According to the research, this financing is keeping Africa from a “fair transition.”

The existing energy system must be changed from an extractive, fossil fuel-based economy to a renewable, regenerative economy in order to achieve a “fair transition.”

The proposals state that in order to achieve decarbonization, Africa must utilize its enormous potential for renewable energy. Half of the remainder of the world’s energy mix is made up of renewable energy on the continent.

One opportunity being investigated by what is now referred to as climate financing is the development and spread of renewable energy. It encompasses all financial tools, both governmental and private, created to reduce greenhouse gas emissions or prepare for climate change.

According to a report by the International Energy Agency, an independent intergovernmental organization, Africa needs investments totaling more than $190 billion year between 2026 and 2030, with two-thirds going to sustainable energy.

In 2021, the market for voluntary carbon credits hit $1 billion. From this source of climate funding, Africa’s renewable energy sector should be able to gain more.

The private sector has a negligible impact on the financing of climate change in Africa. Less than 20% ($4 billion) of all climate funding provided to Africa in 2019–2020 was provided by private investors, mostly foreign investors.

Less than 3% of climate financing is still directed to Sub-Saharan Africa. A crucial part of climate financing, particularly in Africa, is played by development finance institutions, which are often international or bilateral organizations that provide public cash.

The average annual amount of climate money needed across the continent is $632 billion. However, the Climate Policy Initiative only allocated $21 billion to Africa in 2019–2020. According to the study, of this, $19 billion was funded by public sources (mostly DFIs).

The development of renewable energy, which receives 60% of this funding, is a prime example of its significance in supporting mitigation and adaptation strategies in Africa. The financing is required to ensure that Africa is electrified and is estimated to cost $25 billion a year up until 2030.

To achieve the climate goals outlined in the Paris Agreement, Africa must drastically alter its energy mix by phasing out coal. According to the research, coal presently accounts for over 40% of primary energy consumption, with the majority of that demand concentrated in South Africa.

According to Akim Daouda, general director of the Sovereign Wealth Fund of the Gabonese Republic, carbon markets are an effective strategic tool that may aid Africa in leveraging and supporting environmental preservation while fostering economic progress.

African politicians protested against a sudden shift away from fossil fuels on September 9, 2022, while calling for a substantial expansion of climate money for their region. Two months before the COP27 United Nations Climate Change Conference, which took place in 2022, there was a meeting in Cairo.

A conference and expo called Hydrogen-Africa will provide further information about hydrogen in Africa. 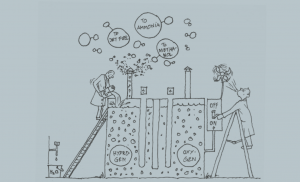 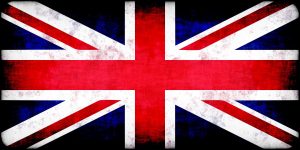 Renewable hydrogen and wind are future of UK’s energy system 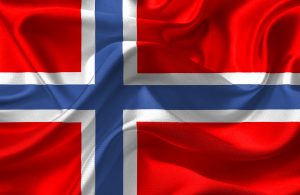