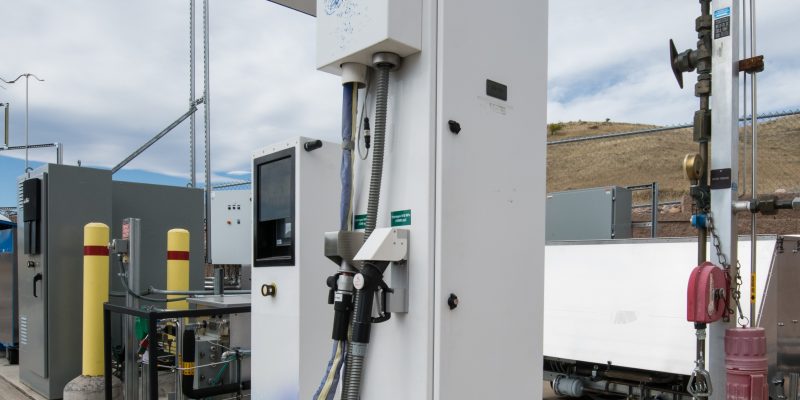 AAA Colorado, a vehicle rescue and travel club, will team up with New Day Hydrogen to establish a hydrogen vehicle fueling station and put hydrogen-powered AAA service vans and tow trucks on the road, in an effort to jump-start clean, renewable energy consumption in the state.

“A hundred years ago, we believed it was our mission to get everyone we could into a car, and we did a fantastic job of it,” Skyler McKinley, spokesman for AAA Colorado, said.

“However, there were environmental costs that we are now calculating,” he said. “One of the ways we’re working to address issues is to get everyone who drives into a greener, carbon-neutral vehicle. And, in our opinion, hydrogen is the best option for Colorado.”

AAA Colorado has a membership of 720,000 people and a fleet of around 100 repair cars. AAA will operate a small number of response vans now available from hydrogen car manufacturers once a refueling station is completed in early 2022, according to McKinley. More than half of AAA calls may be handled by vans without the need for a tow truck.

According to McKinley, no current manufacturers offer hydrogen power for heavy-duty tow vehicles. AAA Colorado is on the lookout for a conversion firm. While the hydrogen initiative is still in its early stages, he noted that if it goes well, “we aim to phase in hydrogen vehicles as we replace our fleet.”

Some environmental groups have chastised AAA clubs in the past for pushing to protect road construction or opposing gas levies that would reduce fossil fuel use. McKinley pointed out that each state club has its own policy, but AAA Colorado has long advocated for improved public transportation, walkable towns, and fewer automobile emissions.

“Across the country, AAA has progressed significantly from its positions in the 1980s and 1990s, and in Colorado, I believe we are the most progressive AAA institution on these issues,” he said.

Hydrogen fuelling facilities separate hydrogen from tap water using electricity. Hydrogen from the tank is turned to energy in the vehicle’s fuel cell, which powers an electric motor and powertrain. Proponents of hydrogen as a charging alternative claim that the fuel has a long range and performs well in cold weather and challenging mountain terrain.

Refueling with hydrogen takes only a few minutes, whereas charging an electric vehicle’s battery takes anywhere from overnight with the slowest hookups to half an hour at scattered ultrafast chargers. The hydrogen must be created using electricity generated from renewable sources such as wind or solar power on the grid.

New Day also revealed that it is in talks to install its modular fuelling stations in Boulder and at a Colorado ski resort.

Consumer hydrogen fuel vehicles are manufactured by Toyota, Hyundai, Ford, and General Motors, according to AAA Colorado, but they are mostly sold in California, which has focused on providing incentives and fueling facilities for the alternative vehicles. According to the club, California has over 8,000 hydrogen fuel cell automobiles on the road.

One of the few hydrogen refueling stations in the area is at Colorado State University. The National Renewable Energy Laboratory in Golden has a station for their demonstration vehicles that is not open to the public.

New Day Hydrogen plans and finances hydrogen fuel stations and collaborates with fleet operators to transition vehicles to the alternative fuel, attempting to meet both supply and demand. AAA Colorado said it will work with New Day to finance the new site, which may be located in either Greenwood Village or Centennial, and that it may also apply for newly available federal energy and infrastructure incentives to help speed up the process. In Colorado Springs, a second fueling station could be built on AAA land.

“As other fleet users develop this technology, we’ll open it up to them, and then the broader public once hydrogen vehicles are available in Colorado, which is our ultimate goal,” McKinley said.