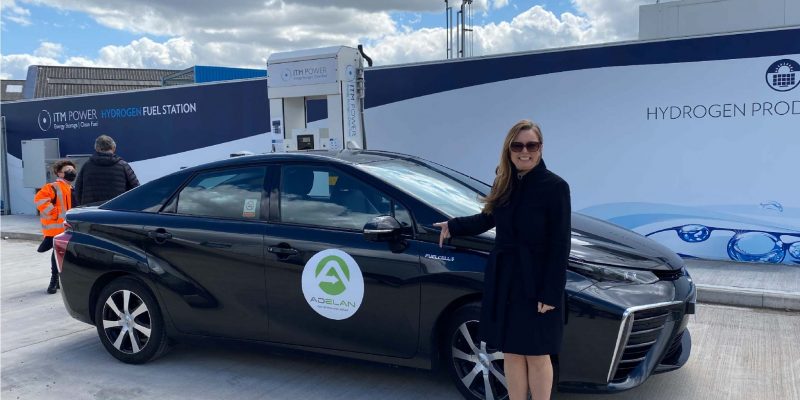 Adelan, the UK’s oldest fuel cell company, has partnered with Green Tomato Cars and Toyota to provide a viable alternative to battery electric vehicles that meets all of the city’s new Clean Air Zone regulations.

Fuel cell technology, which utilizes hydrogen, emits only water from the tail pipe and complies with even the most strict air quality regulations. For individuals wishing to contribute to a cleaner future, avoid clean air zone costs, and avoid the range anxiety associated with battery vehicles, Adelan offers the ideal option with 25 Toyota Mirai fuel cell vehicles available for leasing.

Adelan’s zero-emission vehicle offer coincides with the opening of another hydrogen refueling station in the UK in Birmingham, 15 years after Adelan co-founder Kevin Kendall launched the country’s first hydrogen station. Now available in the Tyseley Energy Park in the city’s south east, hydrogen fuel cell vehicles such as the Toyota Mirai can be refueled quickly and simply for extended range operations of up to 400 miles on a full tank.

“Birmingham currently has unsafe levels of nitrogen dioxide, and we know this has a detrimental effect on the health and life expectancy of our citizens. The Clean Air Zone is a significant first step in tackling this issue,” said Birmingham City Council’s Head of the Clean Air Zone, Stephen Arnold.

“Leasing these fuel cell vehicles from Adelan will allow drivers to make a real contribution to improving air quality in Birmingham and beyond. We’re very pleased to work with our clean vehicle partners at Green Tomato Cars and Toyota to demonstrate the real-world capabilities of fuel cell technology and hydrogen as we move towards a cleaner future. Transport is a key contributor to poor urban air quality and the known health risks that result. It’s therefore vital that the sector responds with a technology that can not only address pressing environmental concerns but can do that whilst remaining cost-effective. By making the choice of hydrogen fuel cell vehicles affordable and easily available, Adelan and Toyota are doing just that,” explains Dr Michaela Kendall, CEO of Adelan.

Hyzon Motors receives order for up to 70 hydrogen trucks