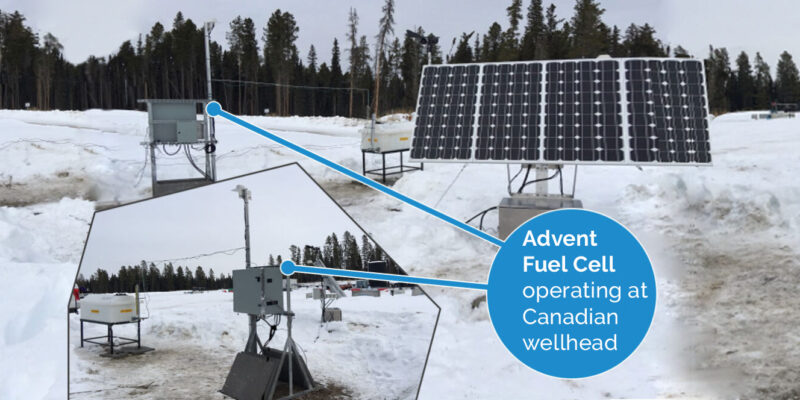 Advent M-ZERØ devices, which are built specifically for distant power generation, will enable methane emissions to be effectively zero in areas where they replace methane-polluting pneumatic injection technology. Overall, wellhead methane emissions reach 40 million tons of carbon dioxide per year, which is equivalent to the carbon footprint of more than eight million passenger cars. M-ZERØ will first be deployed mostly in Canada and the United States, with the goal of remotely powering up to 185,000 oil and gas wellheads.

During the winter, fuel cell systems are projected to operate at sub-zero temperatures, powering the electronic injection of methanol (process power) and the wellhead’s Supervisory Control and Data Acquisition (“SCADA”) monitoring devices. Until now, remote wellheads have relied on methanol injection by pneumatic injection – a procedure that emits around six tons of methane per wellhead every year.

The M-ZERØ family of devices now includes 50W and 150W variants, with plans to expand to 400W by the end of 2022. Additionally, Advent intends to collaborate with Serenergy A/S (“SerEnergy”) to create a 5kW M-ZERØ fuel cell system for deployment in 2022, pending the completion of the aforementioned transaction. The M-ZERØ 50-400 systems incorporate enhanced features from Advent subsidiary UltraCell’s newly developed Reformed Methanol Fuel Cell (“RMFC”) technology, which enables the system to operate on methanol. Methanol is already accessible at each wellhead for use as a gas line antifreeze in the oil and gas industry.

As the oil and gas industry continues to transition to greener energy solutions, demand for electric systems and sensors is increasing to assist in reducing methane emissions, enhancing well productivity and safety, and lowering maintenance costs. Advent’s M-ZERØ solution will assist the industry in meeting Canada’s 2025 objective of 40–45 percent reduction in emissions from 2012 levels. Additionally, by 2023, all wellhead controls must be non-emitting or low-bleed, emitting less than six standard cubic feet per hour (“SCFH”), or vent collected and combustible gas (including 100 percent of new wellhead controllers non-emitting in British Columbia and 90 percent of new wellhead controllers non-emitting in Alberta).

Meeting these criteria is a problem for Canada’s oil and gas industry, all the more so as onshore drilling expands in remote, off-grid places. These efforts are made all the more difficult by the fact that the conventional solar-plus-battery storage solution does not operate well in freezing temperatures or in difficult-to-reach locales, such as mountains and forested areas.

Advent’s fuel-cell generators provide year-round power to well sites, making them the ideal “Any Fuel. Anywhere.” solution. M-ZERØ fuel cells operate all year, especially in the winter (when temperatures can plummet to -40oC), and require refueling as little as once a year.

Dr. Vasilis Gregoriou, Chairman and CEO of Advent, stated, “The M-ZERØ family of products has demonstrated the importance of Advent’s flexible “Any Fuel. Anywhere.” option. Our technique enables remote electricity to be maintained in difficult-to-reach regions with harsh conditions where batteries have simply failed. We are particularly excited about the potential for this technology to reduce methane emissions in the oil and gas industry to zero and help us achieve our goal of a cleaner planet. Our remote power solutions are a game changer for the oil and gas industry, as well as the global off-grid energy market.”

According to Advent, the global market for fuel cell solutions in oil and gas wellheads has the potential for significant growth, with a sizable portion of the opportunity concentrated in North America. Advent expects to expand its remote power generation solutions for wellheads, mines, telecom towers, construction sites, and other remote locations with the addition of SerEnergy’s 5kW fuel cell systems based on the same high-temperature polymer electrolyte membrane (“HT-PEM”) technology upon the acquisition’s close.

The next critical step in delivering fuel cells to well sites is to sign agreements with oil and gas companies to trial ten 50W units in Alberta, with an initial deployment in Canada scheduled for October 2021 and mass deployment scheduled for 2022-2023.

Eni to develop hydrogen and other renewable energy in Kazakhstan 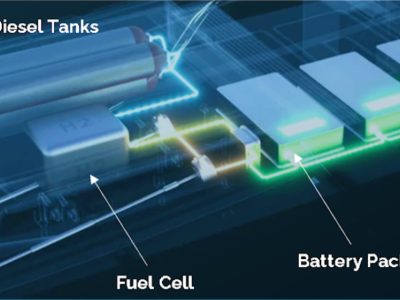