South Australia’s status as a leader in renewable energy may be bolstered by AGL’s announcement that it is considering constructing a privately funded center.

The new green energy hub would be constructed on Torrens Island under the direction of both local and foreign forces in an effort to increase the nation’s renewable energy sources.

AGL has initiated a feasibility study for the construction of the hub, which will modernize the aging gas-fired power station in Port Adelaide.

AGL will collaborate with the Japanese gas business Osaka Gas and the South Korean construction company SK Ecoplant, both of whom seek to transition to renewable energy.

The CEO of AGL, Markus Brokhof, expressed the company’s eagerness to participate in the state’s future hydrogen initiatives.

“This is another big step forward in AGL’s vision for an industrial energy hub at the site of our Torrens Island Power Station and we are coming closer to repurpose the site,” he said.

“Torrens Island is perfectly positioned as a future energy hub with strong grid connectivity … a highly skilled workforce, and connections to Port Adelaide with avenues for export.”

AGL estimates that the project will provide a number of local employment opportunities in energy, advanced manufacturing, and recycling.

GHD Advisory is leading the investigation, which is anticipated to be finished by the end of the year. 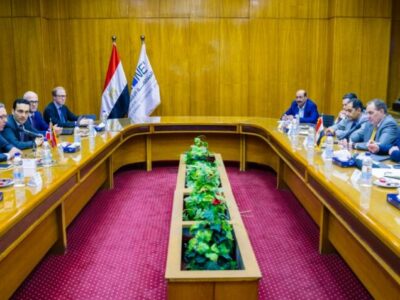