According to figures gathered by the National Electric Coordinator and the National Energy Commission, between August 2021 and September 2022, only wind and solar produced more energy than coal, setting a historic milestone for Chile.

But since Chile set the goal of 20% of its electricity generation coming from renewable energies in 2014, setting the goal for the year 2025, his strategy has been so successful that he achieved it well ahead of schedule, it is not random, if not the result of serious planning and thought out in the medium and long term.

This is due to a number of factors, including a decarbonization program that aims to gradually phase out thermoelectric plants by 2040. Additionally, Chile is once again ranked first in the Climatescope ranking created by Bloomberg, and it is acknowledged as the ninth-best country in the world to invest in renewable energy, solidifying its leadership in the sector.

In addition, Chile maintains its strength in the availability of its natural resources, its track record of success, and a strong portfolio of projects that stand out in innovation, despite falling three spots in the EY ranking of the most attractive nations for investment and remaining in 17th place. of green technology.

This is how the many indicators show that Chile has turned into a hub for investments in renewable energy sources, including green hydrogen. Chile is making significant progress in this area because it has the potential to be a global leader.

The nation is laying the groundwork for achieving its ambitious climate goals. To attract investment that is guiding the private sector, the State has offered a variety of mechanisms. It is in this sector that green hydrogen plays a crucial role in generating a fuel clean through the electrolysis of water, with renewable energy and low emissions.

Air Liquide actively supports Chile’s National Hydrogen Strategy, and its Antofagasta Renewable Mining Energy (AMER) project will be crucial for the nation’s entry into the sector.

This is due to the company’s plans to construct America’s largest electrolyser, which will have an 80 MW capacity and produce 30 tons of green hydrogen daily. The company is also a part of the Arturo Merino Bentez Santiago Airport Plan, which will enable it to operate with renewable hydrogen for the first time in Latin America.

There are definite indications from both the public and business sectors that it is raising expectations, which indicates a number of problems given that the nation may be able to manufacture green hydrogen at an affordable price, enhancing its competitiveness globally.

It should be noted that the Government signed agreements with the IDB and the World Bank as part of COP 27 to promote green hydrogen projects. These agreements will allow Chile to access loans for US$700 million and will help the industry develop through incentives that combine public and private investment. 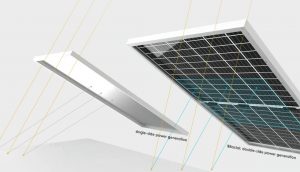 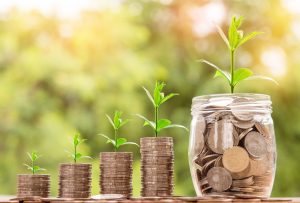