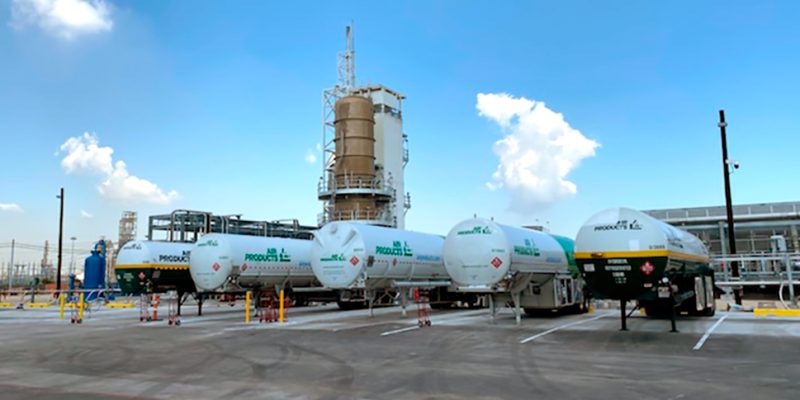 Air Products said that its new liquid hydrogen plant at its La Porte, Texas facility is now operational, allowing it to meet the growing demand in a variety of client markets, the company said.

In addition to producing about 30 tons of liquid hydrogen per day, the new La Porte facility will source the hydrogen it will use to liquefy it from Air Products’ current Gulf Coast hydrogen pipeline network, which is the world’s biggest hydrogen plant and pipeline system.

Because of the location and operational advantages of the La Porte facility, we are able to provide numerous supply options from this plant, demonstrating our commitment to our customers and meeting current and future demand. The addition of this new capacity will also allow us to target the increased growth we anticipate from several markets, including the hydrogen for mobility market.

It will deliver hydrogen in trailers to customers in industries such as electronics, chemical and petrochemical, metals, material handling, float glass, edible fats and oils, utilities, and the rapidly-developing hydrogen for mobility market, all from its newest commercial facility in La Porte, Indiana. In a recent announcement, Air Products stated that company intends to begin the process of transitioning its approximately 2,000 worldwide distribution vans to hydrogen fuel cell zero emission vehicles beginning in 2022.

The new facility at La Porte will complement Air Products’ current hydrogen and syngas production activities, as well as an air separation unit, which are already in operation at the location. A connection will be made between the liquid hydrogen plant and Air Products’ Gulf Coast Pipeline (GCP), which runs approximately 700 miles from the Houston Ship Channel in Texas to New Orleans, Louisiana, and is capable of supplying customers with more than 1.9 billion feet of hydrogen per day from 25 hydrogen manufacturing facilities.