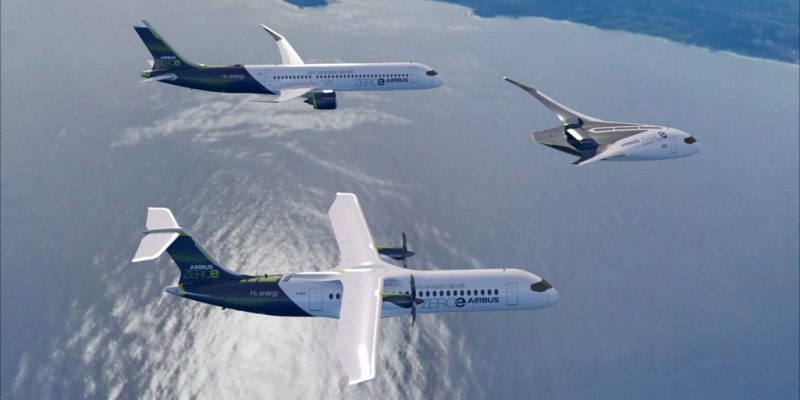 Airbus has chosen to focus its work on metallic hydrogen tanks in a complementary manner by establishing Zero-Emission Development Centers (ZEDC) at its Bremen (Germany) and Nantes locations (France).

The ZEDC’s mission is to establish cost-competitive cryogenic tank production in order to facilitate the successful market launch of ZEROe and to speed the development of hydrogen-propulsion technologies.

Tank structural design and integration are critical to the performance of a future hydrogen aircraft. The technology developments will span the entire product and manufacturing process, from primary components to assembly, systems integration, and cryogenic testing of the finished liquid hydrogen (LH2) tank system.

Both ZEDCs are expected to be completely operational by 2023, with the first flight test scheduled for 2025. Airbus chose Bremen as its location because to its broad infrastructure and decades of expertise with LH2 in Defence and Space and ArianeGroup.

Initially, the ZEDC in Bremen will focus on system installation and overall cryogenic testing of the tanks. Additionally, this ZEDC will benefit from the broader hydrogen research ecosystem, including the Centre for Eco-Efficient Materials and Technologies (ECOMAT), as well as further synergies with space and aerospace programs.

Airbus chose Nantes as its location due to its substantial knowledge of metallic structural technology relating to the center wing box, which includes the safety-critical center tank for commercial aircraft. The ZEDC in Nantes will contribute its expertise to manage a diverse variety of metallic, composite, and integrated technologies, as well as its experience with codesign efforts for nacelle inlets, radomes, and complex center fuselage work packages.

The ZEDC will benefit from the Nantes Technocentre’s expertise and capabilities, as well as a vibrant local ecology, including the IRT Jules Verne. Airbus will develop cross-industry collaboration to support the region’s overall transition to hydrogen-propulsion technologies, as well as the associated ground-based infrastructure.

The tank is a mission-critical component that requires specialized systems engineering. LH2 is more difficult to store than kerosene since it must be liquefied at -250 °C. Increased density requires liquidity. The difficulty for commercial aviation is to produce a component that can resist the repetitive heat and pressure cycling that an aircraft application requires. While metallic LH2 tank constructions for commercial aviation applications are envisaged in the near future, the performance opportunities associated with carbon-fibre reinforced polymer composites are significant.