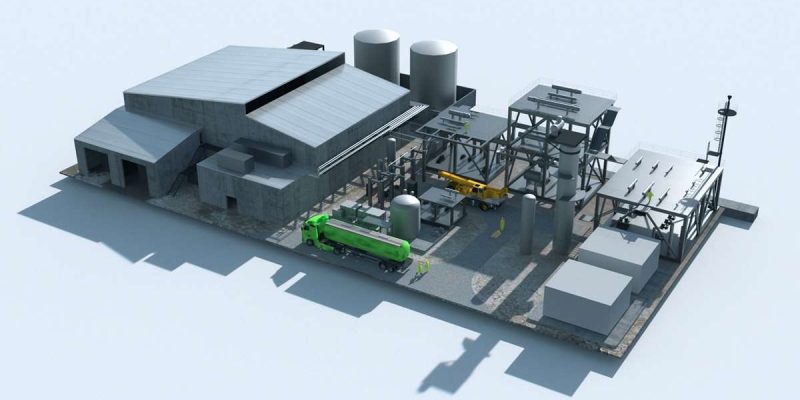 Nordic Blue Crude (NBC) has awarded Aker Solutions a contract for front-end engineering and design (FEED) of a new e-Fuel facility at Herya in Porsgrunn, Norway.

Green hydrogen and furnace gas from an existing factory will be used to create CO2-neutral fuel at the e-Fuel facility.

The FEED project will begin immediately and be finished in the third quarter of 2021. Around 50 Aker Solutions workers will be involved, mainly at the company’s headquarters in Fornebu, Norway. NBC plans to approve the start of comprehensive engineering, procurement, design, and implementation (EPCI) within the second half of 2021, based on the FEED performance.

Aker Solutions is now a leading supplier to oil and gas companies around the world, and it will continue to be so. Simultaneously, the organization will expand its operations in renewable energy production at a rapid pace. By 2025, the company wants to generate one-third of its sales from clean energy and low-carbon technologies, and two-thirds by 2030.

Electricity is used in the manufacture of e-Fuels. The feedstocks for the blue crude process would be renewable energy, water, and CO2. When water vapor is broken down into hydrogen and oxygen, the process begins. As compared to fossil fuels, the emitted crude would be carbon neutral, resulting in a 100% reduction in CO2 emissions. Following the refinement process, the plant will produce kerosene (jet fuel), gasoline, wax, and naphtha. The plant that NBC plans to build at Herya Industrial Park will have a large capacity and will thus play an important role in the energy transition.

The FEED work at Aker Solutions will be done in close collaboration with NBC and with the help of two technology providers: ARVOS Group for the syngas system and Emerging Fuels Technology for the Fischer-Tropsch system used in the e-Fuel development. Multiconsult can help with front-end design for civil and building construction.

“Aker Solutions has been working with NBC on this concept for more than two years. The FEED contract brings the project a big step forward towards realization. The project also supports our strategy to grow the company’s business related to renewables and low-carbon oil and gas projects. Based on delivery of solid front-end engineering, we aim to be in a good position for future work.”