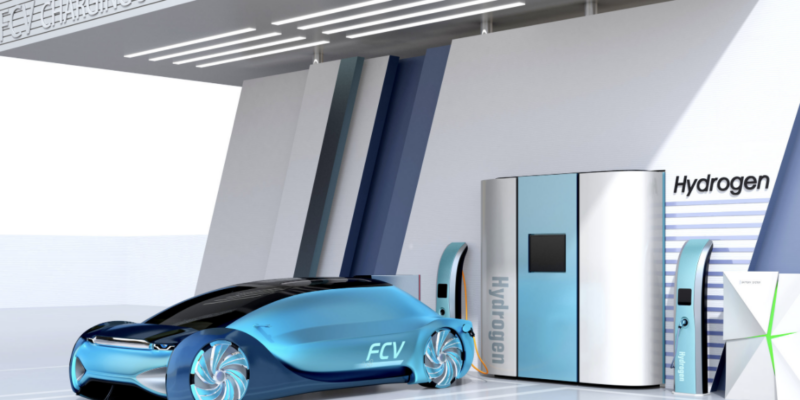 Ally Power is funding $40 million to get the charging stations for hydrogen vehicles on the road up and operating.

Ally Power is constructing a hydrogen-fueled gas station. The hydrogen is produced in a boiler system, which produces both heat and hydrogen from the chemical reaction of aluminum, water, and sodium hydroxide. According to Alfred, the heat generated by the reaction is sufficient to power a steam turbine system and an electrical generator. This technique will create additional energy that can be used to generate power for various purposes in addition to hydrogen for cars. The team intends to use it for on-site battery charging systems or to transfer any surplus back to the grid.

According to Founder and CEO Joseph Alfred, who is also a member of the Maryland Zero Emission Infrastructure Council, the funds will be utilized to build 12 stations — six in California and six in the DMV. The first functioning stations are planned to open in 2022, with construction starting in 2021.

“What makes us different is really the ability to charge an electric battery vehicle and then also to distribute that electricity to the grid,” Alfred told Technical.ly.

Alfred founded Ally Power in 2019, and the company is currently participating in the Bethesda Green and Maryland Energy Innovation Accelerator programs. The initial idea, Alfred said, came from a paper he read in law school that said the process couldn’t be used to generate the energy for a car or truck. He spent the next few years trying to figure out how to take on some of the counterpoints, like how to remove the byproduct within the car, lower the price point and make the process viable.

“I spent four years in the automotive industry trying to connect this idea that I had to the current use case in terms of our technology, which runs on oil, gasoline and diesel,” he said.

The big question for Alfred: “How do we transition from this very high carbon intensive transportation sector to something that is zero emissions?”

The additional power created at the stations offers a third option.

“In the business world, being able to build stations and wait for vehicles isn’t necessarily practical,” O’Brien said. “Ally Power’s ability to create that microgrid or sell back to the grid allows it to have customers at a time when hydrogen fuel cell vehicles are are going to grow.”

Although the world only saw about a 7% decrease in emissions during the pandemic, O’Brien has strong hopes for the growth of clean vehicles and removing traditional combustion-engine cars from the road.

“We saw during the pandemic how much of an impact taking cars off the road can have on the environment,” O’Brien said. “You hear over and over climate change is real and we’re getting to a point that it’s going to be irreversible. But I think we saw during the pandemic that it really is reversible. By taking these cars off the road, you’re going to have a tremendous impact.”