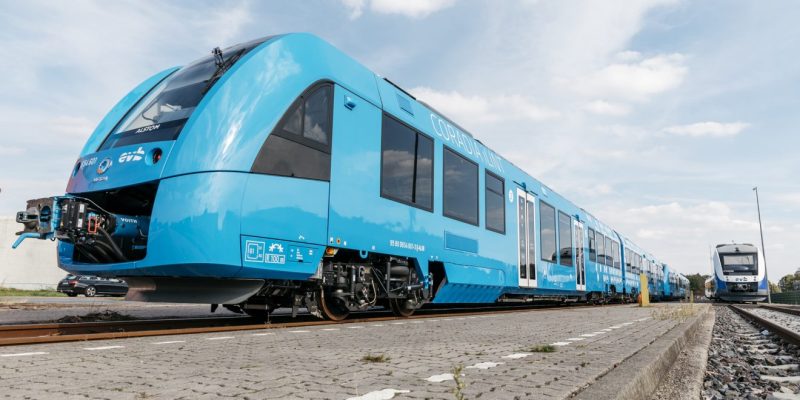 If CAF and Talgo are running practically in parallel in the race to put green hydrogen-powered trains into service, France’s Alstom is a good handful of steps ahead.

The French giant, owner of the Bombardier plant in Trapagaran, has just inaugurated the first hydrogen-powered passenger railway line in Germany and continues to show off its merits against its competitors with a view to the desired landing in Spain.

The managers of the French railway company have already made it clear on several occasions that they are firmly committed to place hydrogen trains in the Spanish market, a top priority just after Germany. Alstom has an important innovation and digital mobility center in Madrid, in addition to industrial structures in Barcelona and Bizkaia, the latter dedicated to the assembly of propulsion systems, which leads it to make a bet to fill the Spanish tracks with locomotives powered by hydrogen with the help of Next Generation funds.

And the local giants of the sector are also involved. In the case of CAF from Guipuzcoa, the dynamic tests of its hydrogen train FCH2Rail started in July after a long process of maturation of this propulsion system, including static tests. Talgo did the same with a laboratory train (the TPH2) of its Vittal One project a couple of months earlier with the support of Repsol. The company presided over by Carlos de Palacio, with Basque roots and a production plant in Rivabellosa, had a slight advantage over the company from Basaindarra with a first unit being tested in the outskirts of Madrid, but CAF, whose project has germinated in the Zaragoza plant, evened the score at the end of July.

2035: New cars in California must be electric or hydrogen-powered