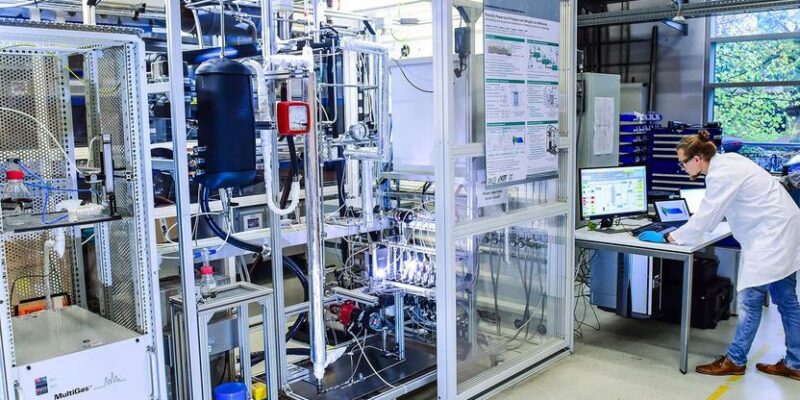 An energy carrier with significant economic potential, ammonia from green hydrogen may be utilized as a chemical building block, as ship fuel, or for stationary power generation.

It will eventually be brought in on a huge scale from places with abundant solar and wind energy. The Fraunhofer Institute for Solar Energy Systems ISE, the University of Ulm, and the Fukushima Renewable Energy Research Institute (FREA-AIST) are developing a novel power-to-ammonia (PtA) process for environmentally friendly ammonia synthesis under the “PICASO” project (Process Intensification & Advanced Catalysis for Ammonia Sustainable Optimized process). When compared to the standard method, the approach might utilize CO2 to reduce emissions by 95%. Beginning on August 1, 2022, the initiative was supported by the Federal Ministry of Education and Research.

Ammonia has the potential to significantly aid in the energy transition as a hydrogen vector: “In bright, windy, isolated areas like the North African desert, ammonia can also be made from green hydrogen and nitrogen. The energy source is liquefied before being sent to Europe. In order to achieve this, Prof. Dr. Christopher Hebling, Head of Hydrogen Technologies at Fraunhofer ISE, explains that integrated reactor technology is being developed with dynamic operating methods that enable operation with varying renewable energy sources.

Due to the high purity of the electrolysis-based “green” hydrogen, the PtA process enables the employment of more active synthesis catalysts than the standard Haber-Bosch method. These operate at lower temperatures, which enhances the theoretically achievable ammonia production and permits operation at lower pressures and without the recirculation of spent educts. The project’s Japanese partner FREA-AIST has created a unique ruthenium catalyst that allows synthesis to take place at far more tolerable process conditions, such as temperatures and pressures below 400 °C and 80 bar. On a semi-industrial scale, this can currently be manufactured (TRL > 7). Fraunhofer ISE and the University of Ulm are researching the integrated separation of ammonia to further boost the yield: In situ in an integrated reactor, the reaction and separation of ammonia take place. By doing this, the working pressure may be reduced and unreacted feed gas recirculation can be prevented. According to Dr.-Ing. Ouda Salem, group leader of Power to Liquids at Fraunhofer ISE, “since the compressors and heat exchangers are the biggest cost drivers in conventional ammonia synthesis, accounting for 90% of the investment costs, these improvements offer enormous potential for the economic efficiency of flexible ammonia production plants that can also be used in remote regions.” This indicates that a large-scale infrastructure is no longer required and that ammonia production may be done on a much smaller scale. As a result, it is possible to modify the new PtA method to accommodate the utilization of renewable energy sources in remote areas. The head of the University of Ulm’s Institute for Chemical Engineering, Prof. Dr.-Ing. Robert Güttel, continues, “In addition, we can make much better use of hydrogen and nitrogen if no recirculation is required, so we can significantly increase the material and energy efficiency of the entire PtA process.”

The project already calls for the implementation of the new PtA concept’s transition from the laboratory to the pilot plant size. While substantial experimental research is conducted in the technical center at Fraunhofer ISE, the University of Ulm focuses on the laboratory scale. According to Robert Güttel, “Detailed mathematical modeling and simulation are used to relate the experimental results in both scales. With this, we can even speed up the deployment of the integrated reactor idea and create predictions that hold up at the pilot size. The partners seek to show that the new, adaptable PtA method is economically competitive with the traditional technique in addition to the technical demonstration.

“According to Ouda Salem, if the PICASO strategy is effective, it will be a revolutionary technology that substitutes a traditional fossil process and reduces CO2 emissions by up to 95%. The PICASO method has the potential to save 50% more energy than the standard Haber-Bosch process, according to a simulative analysis. The scaling up of the integrated reactor to the demonstration level and its testing in a pilot plant at the location of the linked partners FREA-AIST in Fukushima are specific objectives for a follow-up project. In order to determine the interface needs between the electrolyzers and the synthesis plant, the researchers are also creating special dynamic studies and operational techniques. These project phases have been successfully completed, and the fundamental engineering information for a system of industrial reference is now accessible. 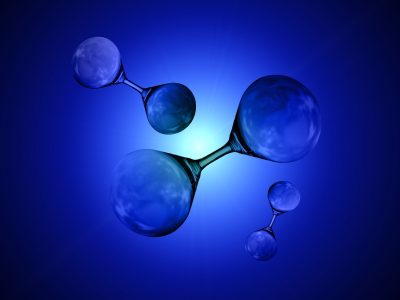