The Society for Chemical Engineering and Biotechnology and the German Academy of Science and Engineering Acatech have produced an analysis of the hydrogen policies of 22 nations and regions from 2017 to 2022.

Their collaborative effort Hydrogen Compass includes the analysis. The goal of the strategy papers under consideration is primarily the electrolysis of green hydrogen using green electricity. Blue hydrogen is viewed as a temporary fix in some tactics. This is typical hydrogen made mostly from natural gas and fossil fuels. After separation, the resultant carbon dioxide (CO2) is either consumed or stored.

Chile, Spain, Portugal, and Morocco all intend to export green hydrogen, based on their respective programs. They are in a good position and have plenty of renewable energy options.

According to statements made, Australia, Canada, and Norway also intend to export hydrogen based on fossil-based raw materials. In locations where there are already substantial hydrogen requirements and an established infrastructure, many nations are attempting to employ hydrogen in industry. The chemical industry and refineries are particularly mentioned in these initiatives. In the medium to long term, the strategy documents mostly foresee the use of hydrogen or hydrogen derivatives in the energy sector or in the production of heat.

The majority of nations strive to employ hydrogen in fleets and (heavy) freight transportation in the short- to medium-term.

The country tactics in the passenger automobile market are very different. A ramp-up strategy for dedicated fuel cell vehicles has been released by China and California. Early use of hydrogen in motorized private transportation is also observed in Japan, South Korea, the USA, Canada, and the Netherlands. In their strategies, Germany, Norway, the European Union, France, Chile, Spain, Hungary, the United Kingdom, and Morocco do not mention hydrogen cars.

The majority of national policy documents share a similar perspective on the steps necessary to build a hydrogen economy. Twenty of the twenty-two plans rely on public funding, while eighteen of the twenty-two strategies depend on the expansion of international trade and scientific cooperation. The necessity of constructing infrastructure and lowering generation costs is extensively discussed. Most also depend on consistent laws and credentials.

They are all older than the Russian invasion of Ukraine. The only countries listed in the southern hemisphere are Chile and Australia, and the only country listed in Africa is Morocco.

The two-year Hydrogen Compass project got underway in June 2021. With the help of meta-analyses and discourse procedures, orienting in the global hydrogen landscape is meant to be made easier. They have revealed the findings of an industry survey at the start of the year.

The outcomes might potentially be included into a fresh political hydrogen plan. Finding possible trading partners or prioritizing areas of application can both be aided by the examination of hydrogen strategies. The Federal Ministries of Economics and Climate Protection as well as Education and Research jointly sponsor the project. 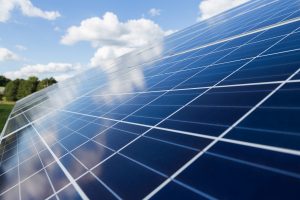