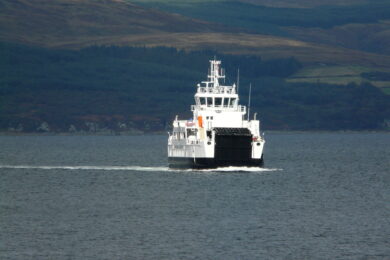 Caledonian Maritime Assets Ltd. (CMAL) has appointed AqualisBraemar LOC to collaborate on the design of an emission-free hydrogen fuel cell sea-going passenger and automobile ferry— a first for Europe.

This is a component of the Horizon 2020-funded HYSEAS III project.

“AqualisBraemar LOC understand the important role the maritime industry has to play in the global fight for climate change. Whilst tackling marine emissions is a global responsibility, we are also proud to be supporting CMAL, in its role as part of a Scottish-led consortia, in building up world-leading competence in alternative clean fuel systems, which harnesses local marine renewable sources.” Graham Dallas, Business Development Manager for AqualisBraemar LOC in Europe.

HYSEAS III builds on the findings of HYSEAS I and HYSEAS II by demonstrating that fuel cells can be successfully integrated with a proven marine hybrid electric drive system (electric propulsion, control gear, and batteries, among others), as well as associated hydrogen storage and bunkering arrangements.

The HYSEAS III project will design, build, test, and validate a full-scale land-based drive train. AqualisBraemar LOC’s scope of work is to build a double-ended sea-going passenger and auto ferry capable of running totally emission-free due to its hydrogen-powered motor train.

AqualisBraemar LOC has established a range of marine and engineering consulting services in recent years to assist the maritime sector with carbon reduction measures, including competence in electrical engineering and alternative fuel integration for boats.

The ferry will be developed to meet the needs of Shapinsay in Orkney, which generates hydrogen fuel via wind power. The ferry, which would be capable of transporting 16 cars or two trucks and 120 passengers, will be capable of sailing to and from any concrete 1:8 slipway equipped with hydrogen generators.

AqualisBraemar LOC’s Aberdeen operations will collaborate with CMAL to ensure the entire vessel design is as sustainable as possible, while also producing a design that fulfills the highest degree of safety and reliability required for a lifeline ferry service. Additionally, the firm will leverage the extensive track record and reputation of its sister firm, Longitude Engineering, in vessel design, upgrade, and conversion to assist with the HYSEAS III project.

“AqualisBraemar LOC and Longitude’s involvement in this project reflect our group’s commitment to being a driver – and not just a passenger – of the global energy transition. We are really excited to be working with CMAL on this ground-breaking project, which will blaze a trail for more sustainable fuel systems in global maritime and shipbuilding.” Dean Goves, Small Craft and Vessel Design Director, Longitude, which provides independent engineering and design consulting to the shipping, oil and gas and renewables sectors.

“The contract award represents a significant step forward in establishing a new, innovative vessel concept, and marks an important shift towards entirely emissions-free marine transport.  Hydrogen ferries exist, but this concept is built around using hydrogen fuel cells to  power a seagoing ship, the first in the UK and Europe.  If successful, the next step will be to take the knowledge and know-how into building a ferry.” John Salton, Fleet Manager and Projects Director at CMAL 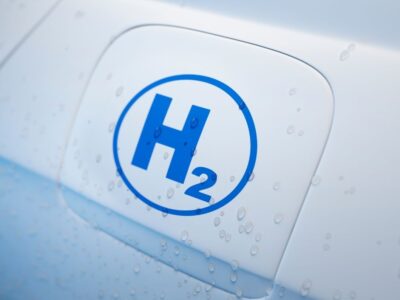 HKUST builds the most durable hydrogen fuel cell in the world