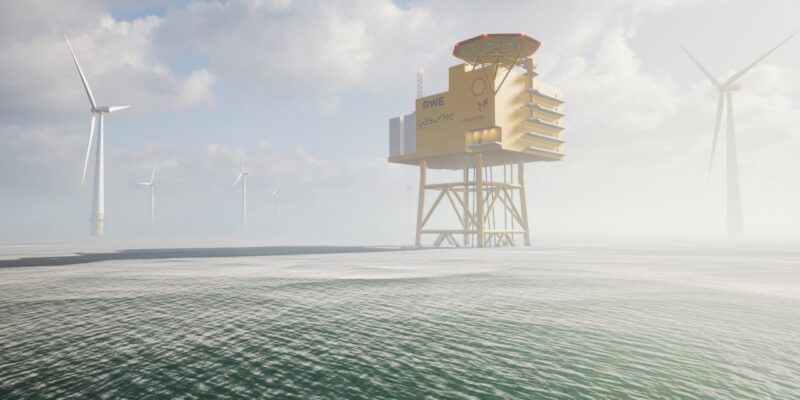 RWE, Shell, Gasunie, and Equinor, project partners, signed a statement of intent to expand their partnership on the AquaSector project, which aims to build Germany’s first large-scale offshore hydrogen park.

The project’s goal is to show that offshore hydrogen production is an efficient, cost-effective, and sustainable approach to manufacture green hydrogen in Germany.

The AquaSector project plans to build a 300 megawatt (MW) electrolyser capable of producing up to 20,000 tons of green hydrogen per year off the coast. Starting in the year 2028, green hydrogen will be carried to Heligoland via a pipeline called AquaDuctus.

The AquaSector project is also seen as a “proof of concept” for the AquaVentus aim of producing up to 10 gigawatts of green hydrogen offshore by 2035 and transferring it to mainland Germany via an enlarged pipeline.

In comparison to the transportation of electricity generated offshore, hydrogen synthesis at sea and transportation through pipeline could provide significant cost savings. The pipeline could eliminate the need for five HVDC transmission systems that would otherwise be constructed. It is, without a doubt, the most cost-effective method of carrying enormous amounts of energy over great distances.

The partners seek to contribute to the decarbonisation of energy supply in Germany and Europe as part of the AquaVentus project family and as part of the broader effort. As a result, AquaSector represents a critical milestone in the implementation of Germany’s and Europe’s hydrogen plans.

The project can help the market flourish, which will result in a fast increasing need for green hydrogen. The partners’ initial step in the AquaSector initiative is to conduct a full feasibility assessment. The study will provide significant first indications of the conditions in which a large-scale offshore hydrogen park can be realized, as well as the technological and commercial hurdles that must be solved in order to produce offshore hydrogen.