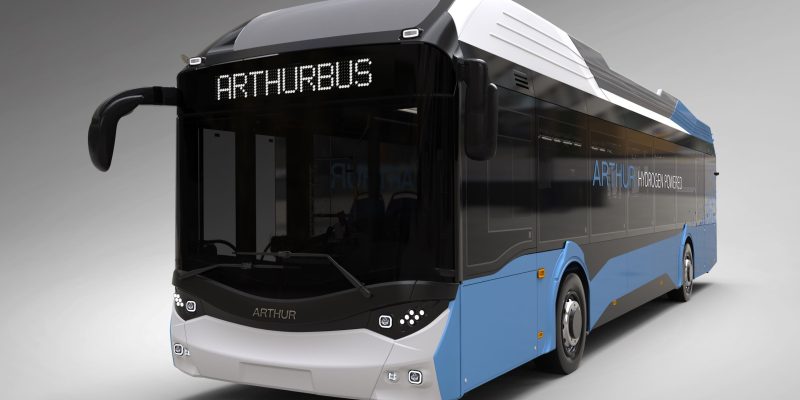 At the launch of Erlangen’s first hydrogen filling station as part of the WEEK OF HYDROGEN SOUTH (#WDWS2022), Europe’s most environmentally friendly hydrogen bus, ARTHUR H2 ZERO, can be seen operating live for the first time.

As a partner of the H2 CityTour Erlangen and a supporter of H2 MOBILITY Deutschland, Hydrogenious, and SIEMENS Energy in the commissioning of the H2 filling station in Erlangen, ARTHUR is introducing itself and its mobility solution at #WDWS2022.

Along with representatives from BtX Energy, HiTES Holding GmbH, Green H2, and Ostermeier H2ydrogen Solutions, Philipp Glonner, CEO of ARTHUR, will also discuss the business as part of a session on “H2 Start-ups.” The engineer said, “I am pleased to assist in the commissioning of Erlangen’s first hydrogen filling station and to be a part of the Hydrogen South Week. In this approach, we are increasing public awareness of hydrogen (H2), the energy source of the future. It’s encouraging to see how many different factors pushing innovation in business, politics, and society are developing and how we’re all working together to create the transportation of the future. I have optimism that the mobility revolution will not only be advanced by us enterprises but will also have more political clout thanks to the involvement and attention of high-ranking politicians like Federal President Steinmeier.

ARTHUR at the first hydrogen fueling station in Erlangen’s opening

Together with MP Müller, the Bavarian Economy Minister Aiwanger inaugurated Erlangen’s first hydrogen filling station on July 2. The top businesses will share their thoughts on the future possibilities of hydrogen mobility as part of the filling station’s opening event. The H2 filling station infrastructure will be discussed by the operator H2 MOBILITY Deutschland, hydrogen in public transportation will be covered by ARTHUR, and electrolysis and the innovative LOHC storage technology will be discussed by Siemens Energy and Hydrogenious (Liquified Organic Hydrogen Carrier).

On July 5, the ARTHUR H2 ZERO bus will receive a particular distinction when it is permitted to transport Federal President Frank-Walter Steinmeier to the gas station along with the diplomatic community. The Federal President will visit the HI ERN (Helmholtz Institute Erlangen-Nuremberg for Renewable Energy) as part of this year’s information and meeting trip with the diplomatic corps (roughly 180 diplomatic representatives of other countries in Germany). He will also pay a visit to the recently opened H2 Mobility filling station in Erlangen.

Philipp Glonner, CEO of ARTHUR, will introduce the mobility firm and the ARTHUR H2 ZERO bus as part of this special event. The visitors were also given an explanation of the innovative LOHC technology by Dr. Daniel Teichmann, CEO of Hydrogenious LOHC Technologies.

Romania funds hydrogen, up to €50M per project