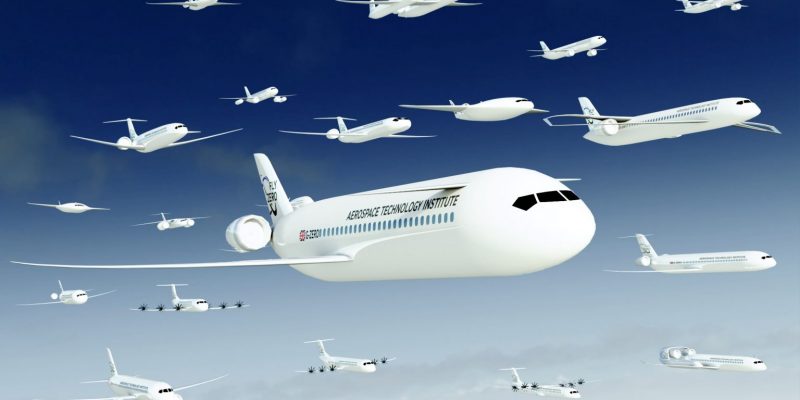 The company behind the UK government-backed FlyZero research, which aims to eradicate carbon emissions from commercial aviation, has presented a fleet of ground-breaking new aircraft designs.

The FlyZero team has examined the capabilities of innovative technologies by fusing technologies together to construct scout aircraft, looking at how each scout aircraft satisfies requirements such as payload, range, speed, materials, economics, operations, and non-CO2 emissions.

The scouts revealed today represent a diverse variety of novel aircraft designs, all of which include zero-carbon emissions technology and have the potential to usher in the next generation of aircraft. Tanks, cryogenic systems, hydrogen fuel cells, hydrogen combustion turbines, battery electric, thermal and fluid management, and aerodynamic structures such as dry wing, connected wing, and blended wing body are among the technologies being explored by the FlyZero team.

“Although these scouts will remain concepts, they have galvanized the ideas put forth by specialists from throughout the UK aerospace working on FlyZero and provide a peek of the technology we may see from the plane window in the future.”

“These fascinating concept designs provide us a window seat with a possible look into the future of zero-carbon flight,” said Business Minister Lee Rowley.

“FlyZero is demonstrating what can be accomplished through our excellent UK aerospace sector and the application of their world-renowned ingenuity and knowledge. This mix of ambition and cutting-edge technology will keep us on track to reach net zero by 2050.”

FlyZero also evaluated zero-carbon energy sources such as batteries, hydrogen, and ammonia. Because of its high power-to-weight ratio and zero-carbon emissions credentials, liquid hydrogen has been highlighted as having the most potential to power the next generation of commercial aircraft.

“Our research suggests liquid hydrogen offers tremendous potential in terms of energy density as a major fuel source for commercial aviation,” stated project director Chris Gear. This demonstrates that solving the problems of storing and using cryogenic hydrogen on board an airplane has genuine value, and it also provides a chance for the UK aerospace sector to gain a part of this market.

“It’s also critical to accelerate battery development and investigate hybrid options incorporating fuel-cells, batteries, and electric motors, as this has the potential to decarbonize regional and sub-regional air travel, while batteries will continue to play a critical role in auxiliary power,” says the report.

FlyZero is also looking at large-scale hydrogen production and distribution, which would be necessary to replace conventional aviation fuel at airports in the UK and abroad, with findings to be included in the project’s final reports.

Initiative for “Hydrogen corridor” from Ukraine to Germany

Blue hydrogen production facilities in eastern Slovakia under the loop