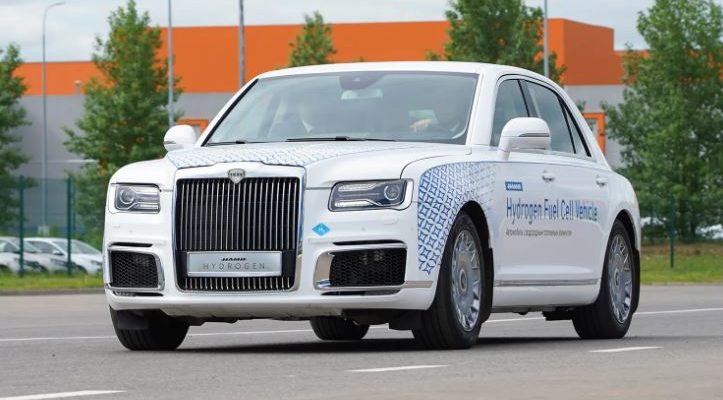 The new 600 km-range hydrogen-powered Aurus Senat has been introduced by the Russian luxury automaker that made a limousine for Putin. The new model was displayed at the Yekaterinburg-based Innoprom event.

In four seconds, the novelty can reach hundreds. The vehicle was equipped with a hybrid electrical system that can use both electricity and hydrogen. Additionally, it boasts an all-wheel-drive system and a 100 kWh battery made especially for the vehicle.

The car’s development was revealed more than a year ago. Although Aurus merely showed a prototype, mass manufacturing has not yet begun.

At the Innoprom trade show, the Aurus company also displayed a prototype of the Merlon electric motorbike. The motorcycle’s maker claims that it can reach hundreds in 3.7 seconds. Only a test batch of bikes is available right now. They have previously undergone testing and are destined for the presidential motorcade. It is anticipated that Aurus Merlon will eventually come on the open market. The novelty has a design language with the Senat sedan and the upcoming Komendant crossover. Before the year is up, the latter is expected to be shown.