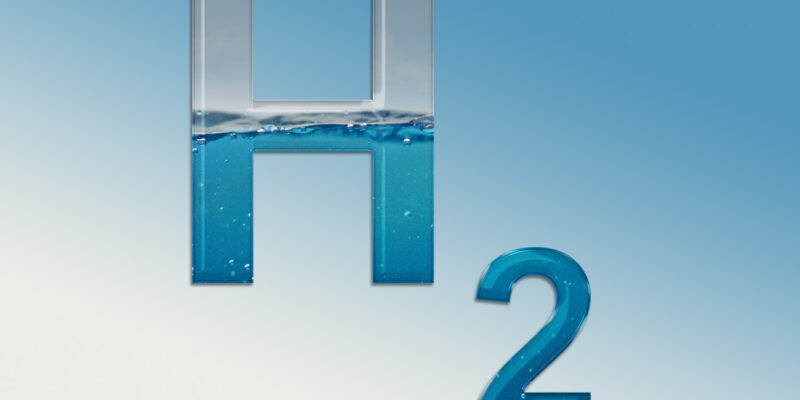 Within 30 years, the Australian government promotes to reach nearly $70 billion in green hydrogen exports and domestic use, promoting decarbonization.

Despite Australia’s extensive reliance on coal in recent years, Canberra is facing internal pressures as a result of voices in support of the transition to clean energy, as well as a trend in several industries to rely on renewable energy sources and green hydrogen.

Australia has the technologies to produce it using renewable energy sources (which is an obstacle that other countries face), which could propel it to a huge profit. With its abundant renewable energy resources and ports currently used for fossil fuel exports (such as coal and LNG), Australia is uniquely positioned to manufacture and export green hydrogen.

By presenting the availability of the necessary capabilities to break into hydrogen manufacture, as well as the obstacles facing government targets towards it, an academic researcher attempted to analyze the ability of Australian hydrogen to compete in the local and global markets.

The study examined the expected role of Australian states in benefiting from the start of green hydrogen manufacturing and production, and concluded that Queensland and Tasmania are the best Australian states to embrace the industry due to the low cost of renewable energy sources.

The study, conducted by Stephen Percy, Senior Fellow at Swinburne University of Technology’s Victoria Hydrogen Center, confirmed that the North Queensland coast will become a “hydrogen energy center” by the end of the decade.

By 2040, the states of New South Wales, Queensland, Victoria, and South Australia will be the cheapest hydrogen producers, thanks to low solar energy prices.

Due to the availability of renewable resources, the research – conducted in collaboration with the Victoria Hydrogen Center – revealed that North Queensland will have the lowest cost regions starting next year, with a cost of $4.1 per kilogram of green hydrogen, followed by Tasmania, with a cost of up to $4.4 per kilogram.

According to Percy’s research, the coastal areas of northern Queensland will become the center of Australian hydrogen by 2030; the research projections implied that Western Australia and the Northern Territory would benefit from the same advantages due to the cheap availability of solar energy and ports.

The study was based on the Research Authority’s forecasts for the cost of renewable energy and electrolyzers, which will allow new Australian states to include green hydrogen-producing states by 2040, as the authority expects solar energy prices to fall faster than wind energy prices.

Australia can eliminate the supply chain and storage infrastructure in its transportation if green hydrogen prices reach these predicted levels, as transportation will cost between $0.05 and $0.75 per kilogram.

By comparing the research’s proposed prices to those in the National Hydrogen Strategy, Australia could supply green hydrogen to transport trucks instead of diesel within four years, and its use in fertilizer production could be postponed until 2040.

Despite the research’s findings, and despite the Australian ingredients that qualify it for manufacture, it is currently difficult to produce it at low prices compared to fossil fuels, as long as the state does not make tax decisions against carbon pollution.

However, 10 years ago, renewable energy – such as solar and wind energy – was mocked because it was more expensive than it is now, but the criticism faded over time, with prices falling to record lows, according to estimates from the International Renewable Energy Agency.

The competition has become easier in tandem with the decrease in the prices of battery storage and electrolyzers (analyzers used in the production of green hydrogen).

The Australian research agency CSIRO predicts that the cost of electrolyzers will drop by 83 percent by 2040, coinciding with lower prices for hydrogen produced with gas; this will pave the way for green hydrogen to gain significant market share by 2030.

Although Australia is relatively arid, the government’s target (export revenue and domestic consumption of the industry to reach $70 billion in 30 years) requires only 4% of the water used to irrigate crops in 2019 and 2020, enough to produce 225 million megaliters.

According to research published in The Conversation, with coal-fired power plants off the grid in Queensland and New South Wales, more water will be saved, allowing it to be directed to the green hydrogen industry.

According to the Australian Foundation for the Conservation of the Environment’s latest estimates for 2020, electricity plants in these two states consume 158,000 megaliters annually, with coal mining consuming another 224,000 megaliters.

The transformation of Australia

Other options for supplying the water needed to produce and manufacture green hydrogen were presented in the study, including desalinating sea water along Australia’s coasts. According to the Australian Water Association, the cost of desalinating seawater is about 1% of the cost of hydrogen production.

He described green hydrogen as a renewable energy that can be easily stored and transported without emitting any pollutants, and its applications range from transportation to industry to electricity generation.

He identified work mechanisms that can be implemented over the next decade to begin planning for the consolidation of Australia’s green hydrogen industry and economy, including developing and supporting new infrastructure projects aimed at preparing for large-scale green hydrogen production, distribution, use, and export.

According to Stephen Percy’s research, major mining companies are producing green hydrogen, but the industry still needs policies and legislation to help it grow.

The study’s production method was explained in a straightforward manner, beginning with the provision of inexpensive renewable energy for splitting water molecules into (hydrogen and oxygen) via electrolyzers, storing the product in trucks, or exporting it via pipelines.

Until now, the hydrogen industry has relied on gas, a fossil fuel. It was previously used in the production of agricultural fertilizers and oil refining, indicating that it is not modern, but the discussion about relying on renewable energy sources for its production is a relatively recent matter.

In recent years, this industry has attracted the attention of investors, coinciding with the emergence of new technological paths that enable it to be produced at a low cost. As a result, countries such as Japan, South Korea, and some European countries are adopting a clean alternative to fossil fuels that helps to reduce carbon emissions.

As Japan, South Korea, India, and China move away from carbon, Australian coal exports to those countries (which totaled $64 billion in 2019) may be replaced by green hydrogen exports.