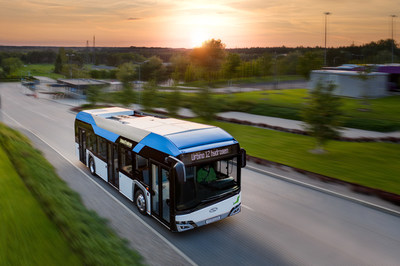 For the groundbreaking ceremony for Vienna’s first hydrogen filling station for buses and trucks, Wiener Stadtwerke loaded into the Leopoldau bus garage.

By November, it should be completed. On Shuttleworthstrasse in Floridsdorf, there is already an OMV hydrogen filling station for cars.

Municipal utilities plan to create their own hydrogen on a plant near Simmering starting in 2023. It will be purchased in until then.

There will be ten buses in all. The buses must be tested before being purchased. In 2020, there was a first test phase. The second, with a new brand, begins in November. If all goes well, the first five buses will be purchased in 2023, followed by another five in 2024. They should be on the Döbling route of line 39A.

The filling station is the first initiative of the Hydrogen GmbH, an amalgamation of Wiener Stadtwerke enterprises that was created in 2020. Wien Energie (generation and research), Wiener Netze (transport), and Wiener Linien (lines) are all part of it (application).

A hydrogen bus, by the way, is three times the price of a diesel bus. One advantage of gas cars over electric cars is that they do not need to be charged for long periods of time. Such investments, according to City Councilor Hanke, are necessary in order to meet the climate targets. Mistakes such as the ones made recently in Seestadt with self-driving buses will be avoided: “We were active on the road.” That should not be the case when it comes to hydrogen.

Genesis to become electric and hydrogen-only brand by 2030