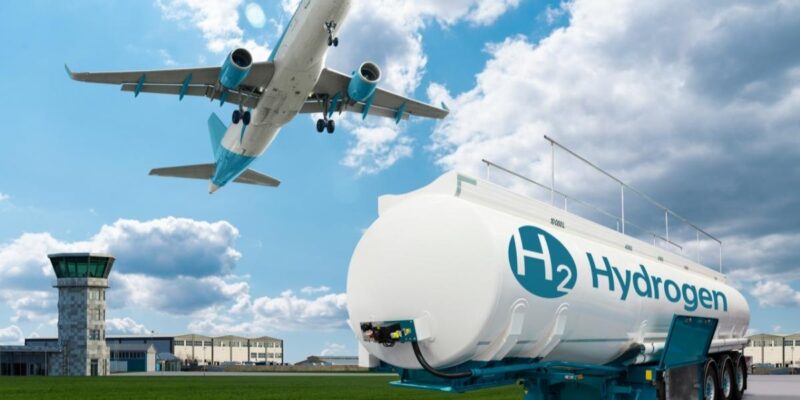 The EU aviation industry is preparing to launch electric and hydrogen-powered aircraft by 2035, according to manufacturers.

Who should pay for the expensive infrastructure modifications required to serve these aircraft, however, is a contentious issue within the industry.

While it is anticipated that electric aircraft will not require large infrastructure upgrades to recharge, the manufacture, transport, and storage of hydrogen offer a greater problem.

To maintain its liquid state, hydrogen must be stored at temperatures around -252 degrees Celsius. It is considerably more dense than kerosene, necessitating the construction of expansive storage facilities.

These storage requirements are in addition to those for kerosene and EU-mandated green jet fuels, which will be in use until at least 2050.

Renovating airports around the bloc is anticipated to cost billions of dollars.

EU parliamentarians have shown reluctance to adopt binding hydrogen and electric charging station targets for airports due to the uncertainty surrounding the future development of the technology. Instead, member nations are responsible for developing their own infrastructure plans for clean aviation.

Uncertainty surrounds the extent to which taxpayers, airports, fuel providers, aircraft manufacturers, and airlines should bear the expense of upgrading.

A4E, a lobbying group for airlines, has proposed utilizing funds from the EU’s Connecting Europe Facility, which encourages cross-border transport connections within the bloc. It remains to be seen, however, whether this will garner political backing.

While airports are obvious candidates to make the necessary capital expenditures, airlines are asking for stronger regulatory monitoring of investments out of worry that airport fees may rise substantially.

Currently, airlines pay to use airports via take-off and landing fees, which are governed by the EU’s Airport Charges Directive. However, as the airport strives to return its investment, a costly infrastructure improvement would surely boost costs.

Airbus, the largest airplane maker in the world, has committed to releasing a hydrogen-powered aircraft by the middle of the 2030s.

The firm from Toulouse told EURACTIV that it views itself as a “facilitator” of the transition to hydrogen. To prepare for the introduction of the unique aircraft, the company has already struck a number of agreements with aviation industry participants, ranging from technical companies to hydrogen producers.

In June, a memorandum of understanding was signed with ACI Europe to collaborate on the technical requirements for the new charging and refueling infrastructure.

Airbus announced plans earlier this year to test a hydrogen-powered airplane engine by 2026. By 2028, airlines will be able to make an acquisition deposit. And by 2050, it is anticipated that around 75% of the world’s airplanes will use the clean technology currently in development.

Japan: Itochu to open a hydrogen station in 2024