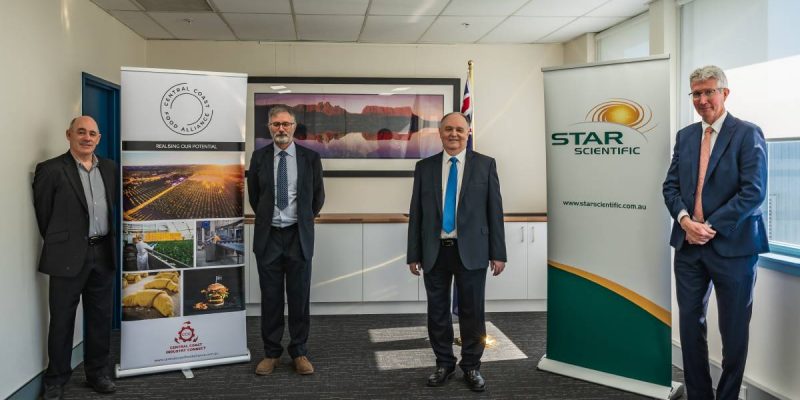 The manufacturing cluster’s governance structure and platform will be provided by CCIC, while Star Scientific will work with food companies to provide carbon-free heat using its HERO technology, a coating substance that can be applied to ceramics or certain metals and increases in temperature from zero to over 700 degrees Celsius in three minutes when in contact with hydrogen and oxygen.

The heat reaction technology, which won the Sustainable Energy Council’s World Hydrogen Award for Industrial Application earlier this year, may be used to power industrial operations that require a lot of heat, according to Star Scientific worldwide group chairman Andrew Horvath.

“All throughout the world, food makers are seeking for ways to eliminate carbon from industrial processes like heating, drying, and cleaning,” he said.

“Some of Australia’s biggest household brands and global food manufacturers call the Central Coast home, and many of them are understanding the potential of hydrogen and our HERO technology to meet their heating needs.”

Hovarth said the company, which has an 8,500-square-meter research and development center in Berkeley Vale on the Central Coast, has already started delivering heat for industrial-scale cleaning in the food hub as part of the MoU.

Horvath stated that the partnership is the world’s first commercial application of HERO technology, and that the cluster would be built to be as open as possible, with the goal of engaging and sharing expertise with similar initiatives forming across Australia and New Zealand.

“We want this cluster to be a breeding ground for regulatory challenges in the hydrogen supply chain, particularly green hydrogen derived from renewable energy,” he said.

“Regulators are grappling with the usage of green hydrogen, and we think the cluster will help us detect and address those difficulties early in the process.”

The collaboration, according to CCIC executive director Frank Sammut, will allow the hub’s participants to shift away from traditional heat sources, adding that taking efforts to decarbonize is crucial for the manufacturing sector as a whole, including food and beverage industry.

“Manufacturers have shifted to renewable electricity sources to lower their carbon footprint,” he added, “but finding alternatives to gas for heating and cooking remains a challenge across a variety of applications.”

“The Memorandum of Understanding with Star Scientific paves the way for the development of that carbon-free heat source.”