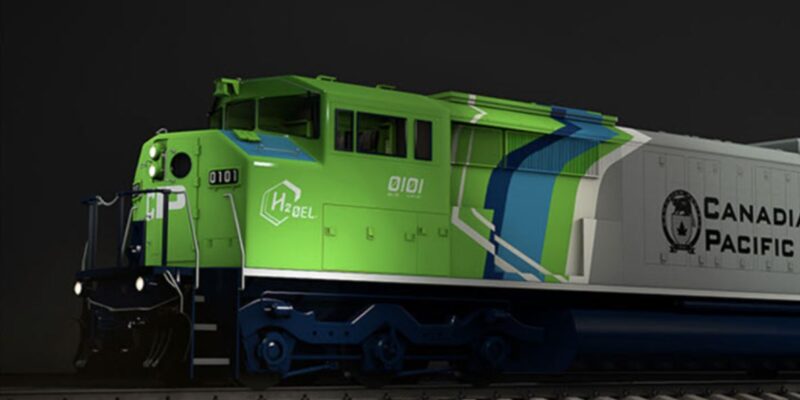 Ballard Power Systems has secured an order for eight additional 200 kW fuel cell modules, with delivery due in 2022, to support the growth of Canadian Pacific’s Hydrogen Locomotive Program from one to three locomotives.

According to Ballard’s statement in March 2021, the business will offer a total of 14 fuel cell modules to assist this initiative, each having a rated power output of 200 kW.

CP, a pioneer in the North American rail business, has increased the number of hydrogen locomotives in its program from one to three. Emissions Reduction Alberta (ERA) has provided C$15 million in financing as part of its Shovel-Ready Challenge, which was launched late last year. The CP program was chosen as one of sixteen initiatives to receive government financing for emissions reduction. CP plans to fine-tune the process of converting diesel-electric locomotives to hydrogen-electric locomotives across three kinds of locomotives, which together constitute the vast majority of locomotives in service across North America.

“Alberta is investing to help lead the way in making energy more cheap, dependable, and clean. CP’s plan is a compelling chance to jumpstart the hydrogen industry in Alberta and throughout the world “ERA’s CEO, Steve MacDonald, stated. “The project will aid in the scaling up of technology and lowering of hydrogen deployment costs in order to meet the crucial problem of decarbonizing the long-haul, heavy-freight industry.”