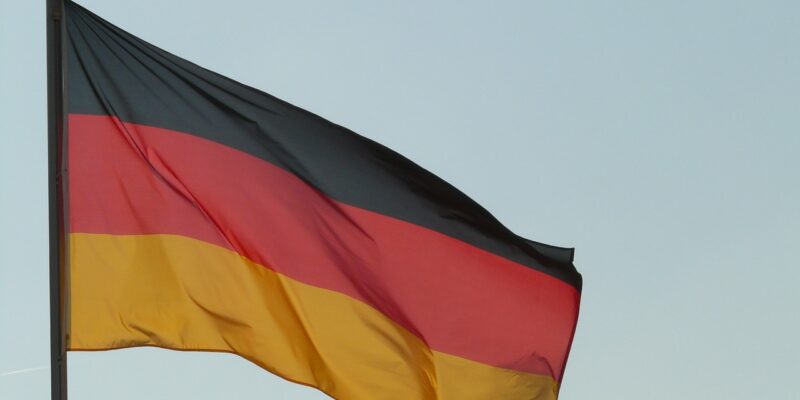 Economics Minister Hubert Aiwanger is hoping for green hydrogen from Scotland and Norway to assure Bavaria’s energy supply. Today, he aims to reach an agreement in Glasgow, Scotland, on a similar production and delivery collaboration. He will fly to Oslo, Norway’s capital, on Wednesday.

According to Aiwanger, the company’s own renewable energy, such as wind and photovoltaics, will not be enough to replace fossil fuels like oil or coal in the foreseeable future. “Either we continue to rely on fossil fuel imports like natural gas, oil, and coal, or we shrink our industry. Neither of these things is desirable to us “According to the Minister of Economics.

Renewable energies will produce 52 percent of Bavaria’s power by 2020. According to the Ministry of Economic Affairs, by 2030, it might be as high as 80%. That would be insufficient. Green hydrogen, according to Aiwanger, is the answer. In the future decades, this should cover a major portion of the energy supply. According to Aiwanger, the Bavarian economy’s energy needs will not be met without green hydrogen in the future. That is why he is currently concentrating on European hydrogen partner countries. The goal is to locate long-term partners and to see if Bavaria can join in projects such as wind farms and electrolyzers (hydrogen production facilities), for example.

South Africa and the Gulf area are looking for energy partners

In mid-May, the Bavarian state administration decided to form an energy agreement with South Africa. Melanie Huml (CSU), Minister for European and International Affairs, visited the Western Cape province of South Africa to begin collaboration on green hydrogen usage. Due to a coronavirus, Prime Minister Markus Söder’s (CSU) “hydrogen excursion” to the Gulf States had to be postponed at the last minute before Easter.

Söder’s trip to Saudi Arabia and the United Arab Emirates was fraught with controversy. “These are autocracies,” said Martin Stümpfig, a Green Party member of parliament. Many other democratic countries have hydrogen as well. Furthermore, Stümpfig thought that Saudi Arabian hydrogen would be grey rather than green. That is, it would be created from natural gas, i.e. fossil fuels, rather than renewable energy sources. “That would be deceptive labeling,” the Green Party politician explained.

Aiwanger, the Vice Prime Minister and the leader of the Free Voters, now wants to avoid this charge. He’s counting on the neighborhood’s green hydrogen to help him get points. Norway and Scotland are “almost on the doorstep,” according to Aiwanger. It makes more sense to create a contact in Europe, where the same laws apply, the same cultural backdrop exists, and there are existing distribution possibilities to Germany.

Energy experts, industry executives, and members of parliament from all parties will accompany the Economics Minister on his tour to Scotland and Norway. Discussions with Scottish and Norwegian players in hydrogen generation are also scheduled, in addition to official meetings with lawmakers.

New gas and green hydrogen pipelines are being built in Spain

The EU Commission is the driving force behind the changeover. She unveiled her idea to change the European energy grid, dubbed “REPowerEU,” in mid-May. To become independent on Russian gas, the goal is to minimize energy use, accelerate the spread of renewable energy, and open up new gas supply sources. Spain believes it has a solid opportunity with the remaining two points. Both in the northward transportation of natural gas and, in the long run, in the generation and transmission of green hydrogen, which is generated using power generated from renewable sources such as wind or sun.

“If new pipes are built, only hydrogen pipelines will be built,” a gas industry spokesperson said. He no longer likes to speak “Gasoducto,” the Spanish name for gas pipelines. Furthermore, existing gas pipes may be converted to hydrogen “without much difficulty.” The speaker would like not to have his or his company’s name revealed. He defends his caution by stating that “everything is in motion,” “nothing is written in stone,” and “political decisions and a lot of money are on the line.”

Because as part of “REPowerEU,” the Commission plans to mobilize up to 300 billion euros. There are 72 billion euros set up for grants and 225 billion euros set out for loans. A portion of the funds, up to 10 billion euros, will be used to fund the construction of missing gas and liquid gas pipelines, especially from Spain to the north. Because the pipelines are meant to bail out northern Europeans, particularly Germany, Spain’s prime minister, Pedro Sánchez, has recently underlined that the expansion must be funded by Brussels.

Only two smaller pipelines have been built across the Pyrenees to France thus far. They have a combined capacity of only seven billion cubic meters per year. To put this in context, the EU purchased roughly 150 billion cubic meters of gas from Russia each year prior to the commencement of Russia’s attack against Ukraine.

There are two projects being explored. On the one hand, this entails the resurrected Midcat project, a natural gas pipeline from Barcelona to Barbairan in southern France over the Pyrenees, which was shelved in 2017. On the Spanish side, the tube was finished up to Hostalric, not far from the border. “At the time, this MidCat was unprofitable, and it was shut down.” However, today’s priority is supply security, thus the pipeline’s development would have to be funded by Europe,” the environment ministry said to a request from the German Press Agency.

Germany is also pushing for the MidCat gas pipeline to be built further. “Yes, undoubtedly,” said Wolfgang Dold, the German ambassador in Madrid, in response to a question from the daily “La Vanguardia” at the end of March about whether Germany backed the idea. Germany is discussing it with Spain and France.

The second pipeline would extend from Barcelona to Livorno, in the Italian province of Tuscany, across the Mediterranean Sea. This initiative, according to energy experts, is still in its early stages. The good gas connections from Italy to the north, on the other hand, made this route interesting. It would also get over France’s embargo, which isn’t interested in gas due to its concentration on nuclear energy, according to Saz.

However, considerable patience is required. Experts estimate that the two pipelines will take two to three years to build in the best-case scenario. You must first go through the approval procedure. Environmentalists in Spain and France might yet provide a serious challenge. “I believe there will be a lot of opposition,” Saz predicts. However, people may be persuaded that hydrogen lines are not only excellent for the environment but also terrible for Russian President Vladimir Putin since they liberate democracies from dictatorships.