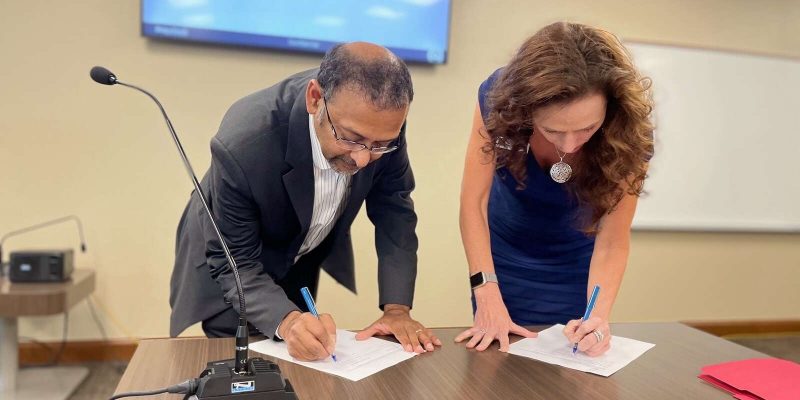 San Juan College is working on a new program after the educational institution and BayoTech signed a memorandum of understanding at the college’s board meeting.

The program will be designed as a credential program for post-graduates by San Juan College, which was named New Mexico’s Center of Excellence for Renewable Energy and Sustainability in 2019. The program is designed to help support the hydrogen industry by teaching students how to work safely and effectively in the field.

In a news release, BayoTech Chief Operating Officer Linh Austin said, “We are very excited to be working with San Juan College School of Energy on the development of this curriculum.” “As we grow, we will need to hire a more diverse, well-trained workforce to support the operation of BayoTech’s on-site hydrogen production systems across the United States and internationally.”

According to the press release, BayoTech has developed a process that allows hydrogen to be produced at a lower cost and with fewer carbon emissions than diesel fuel.

SJC President Toni Hopper Pendergrass said, “We are proud to partner with BayoTech to leverage our programs and provide another avenue for students to succeed in the exciting and rapidly evolving energy industry.”

According to the press release, major employers across the country recruit graduates from San Juan College’s School of Energy for a variety of career paths ranging from energy and manufacturing to production and operations.