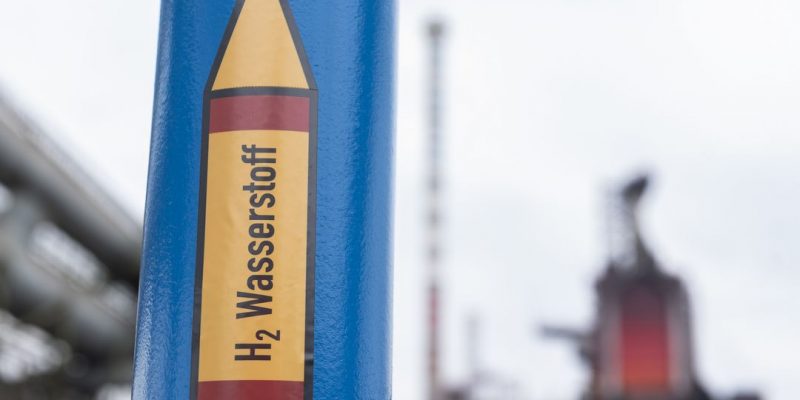 The German steel companies thyssenkrupp Steel and HKM, as well as the Port of Rotterdam, are working together to create international hydrogen supply chains.

Thyssenkrupp Steel and HKM would need significant and growing amounts of hydrogen to manufacture steel without coal as part of their transformation paths to climate-neutral steel production. Both companies have been importing coal, iron ore, and other raw materials via their own terminal in Rotterdam for decades, transporting it to their blast furnaces in Duisburg through inland barges and rail.

Together, the partners will look into hydrogen import options via Rotterdam, as well as a potential pipeline corridor between Rotterdam and the steel plants of thyssenkrupp Steel and HKM in Duisburg. The partnership will serve as a foundation for future initiatives, and it aims to support the partners’ current initiatives and projects.

The Port of Rotterdam is now looking at hydrogen imports from a variety of countries and regions around the world. Green hydrogen is a long-term replacement for coal, oil, and natural gas. If Europe and Germany are to reduce CO2 emissions and become climate-neutral by 2050 while retaining their strong industrial backbone, massive hydrogen imports are needed. The “H2morrow steel” project, which includes thyssenkrupp Steel as a partner, is also establishing a carbon transport and storage system, Porthos, which is also being considered as a CO2 storage site for the development of blue hydrogen by Rotterdam.

The three partners agree that new cross-border infrastructure, especially additional pipeline infrastructure, is required to support the energy transition. The steel industry’s concrete and significant demand for hydrogen as a coal substitute, as well as the options for storing CO2, will serve as a catalyst for the construction of this infrastructure. The collaboration between Rotterdam, Europe’s largest port, and Duisburg, Europe’s largest steel plant, will serve as a signal for establishing supply chains for the energy transition, resulting in the creation of a significant sustainable European industry and logistics cluster.

The Port of Rotterdam Authority’s goal is to improve the port of Rotterdam’s competitive role as a logistics center and a world-class industrial complex in terms of both size and efficiency. The Port Authority is capable and ready to make a difference, so it is concentrating on accelerating port sustainability and is a partner in the digitalisation of the port and logistics chains. The Port Authority’s key responsibilities include the port’s long-term growth, management, and activity, as well as the smooth and secure handling of ships and ensuring the port’s future resilience.
Area of the port: 12,500 hectares (land & water, including approximately 6,000 hectares of indus-trial sites). The port area stretches for more than 40 kilometers. In the Netherlands, there are 385,000 workers (direct and indirect). The annual throughput of goods is estimated to be about 440 million tonnes. About 30,000 seagoing vessels and 100,000 inland vessels are shipped each year. Added value: €45.6 billion (direct and indirect), or 6.2 percent of Dutch GDP.