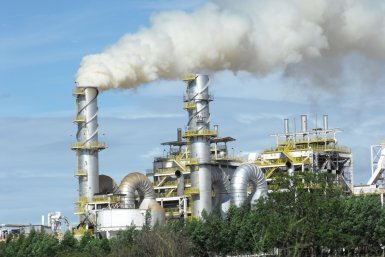 The production of renewable fuels can be increased by more than 40 percent without having to cultivate a single square meter more land. So says a new international study that looked at the production of sugarcane-based biofuels in Brazil.

By combining the production of ethanol from sugar cane with hydrogen, the CO2 released during ethanol production could be converted into methanol. In these times of energy scarcity, this way of producing biofuel could offer a hopeful alternative.

Ethanol is a sugarcane-based biofuel that has been sold in Brazil as a car fuel for more than 50 years. “Currently, ethanol production generates large surpluses of CO2 during fermentation. By combining this CO2 with hydrogen obtained from solar and wind energy, you can make methanol. Another fuel,” explains Luis Ramirez Camargo, scientist at Utrecht University and lead author of the study. Methanol is currently mainly used in the chemical industry, but in the future it could also be used in, for example, ship engines.

There is an important and already well-known downside to biofuel. For example, the production of sugarcane ethanol comes with a whole series of socio-ecological problems. On the one hand, there is direct competition with food and feed production for arable land, which creates land conflicts, for example with the traditional use of small family farms.

On the other hand, large-scale monoculture such as sugarcane plantations poses a range of ecological hazards such as deforestation and biodiversity loss. “Our analysis shows that the use of classical bioenergy combined with modern hydrogen technologies has great potential to save land. In this way, biodiversity and traditional land use can be preserved and competition with food production can be reduced. However, this requires policies that actively protect and promote alternative land uses. Otherwise, synthetic fuels can also have negative consequences,” says Johannes Schmidt of the Institute for Sustainable Economic Development at the University of Natural Resources and Life Sciences in Vienna.

What may it cost?

However, this technology also comes with a price tag: it would require the installation of large renewable energy generation plants, electrolyzers and storage facilities for CO2 and hydrogen. At the time of the study, avoiding one ton of CO2 with this method would have cost about 200 euros – more than twice the wholesale price of CO2 emissions in Europe. However, recent fossil fuel price increases have caused the price of methanol to rise sharply. Under current conditions, the European wholesale price of CO2 emissions would be sufficient to finance the technology. Assuming that the cost of solar cells and electrolytic cells continues to fall, the cost could also fall by 40% over the next decade.