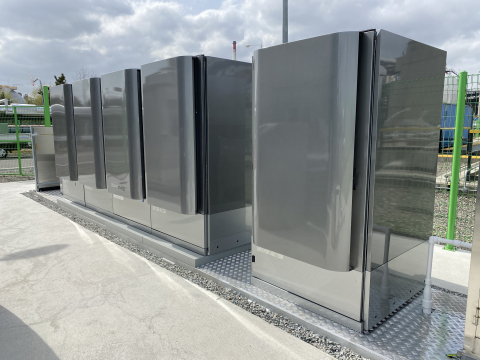 Hydrogen fuel cells, which use a non-combustion electrochemical method to turn hydrogen into electricity, are increasingly being recognized by climate scientists and policymakers around the world as a critical tool for complete decarbonization.

In July 2020, Bloom Energy revealed its initial plans to join the commercial hydrogen industry, which include a 1 megawatt hydrogen-powered Energy Server installation with SK E&C by 2022.

The SOFCs produce power without CO2 emissions by using a hydrogen byproduct provided by SK Advanced. Bloom Energy provides, operates, and maintains the hydrogen-powered fuel cells. Bloom Energy’s hydrogen SOFCs will support South Korea’s Changwon RE100 program, as well as a variety of other initiatives, once the pilot project is completed.

The Climate Group is leading the RE100, a global renewable energy campaign aimed at hastening the transition to zero-carbon electricity grids. Bloom Energy and SK E&C won a competitive bid for the Changwon RE100, which will supply Bloom Energy’s hydrogen-powered SOFCs and hydrogen electrolyzers to an industrial complex there, as stated in November 2020.

“This deployment marks a significant milestone not only for Bloom, but for the future of hydrogen-based power generation. While Bloom’s hydrogen story started more than two decades ago, it’s now the right market timing to introduce hydrogen-powered solutions and help countries meet their net-zero emissions goals. We’re proud of our partnership with SK E&C. Together, we are well-positioned to play an important role in the global hydrogen economy.”

“Bloom’s state-of-the-art hydrogen fuel cell, which represents the pinnacle of power generation efficiency and safety, will allow us to provide clean electricity that will help Korea reach carbon neutrality by 2050. We look forward to playing a leading role in the SK Group’s eco-friendly business expansion, as well as the Korean government’s Green New Deal and carbon neutrality policy.”