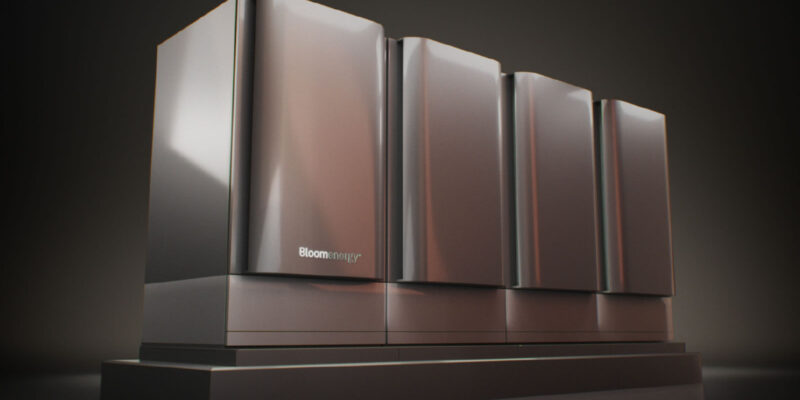 Bloom Energy introduced the Bloom Electrolyzer, the most energy-efficient electrolyzer to date for producing pure hydrogen, and 15 to 45 percent more efficient than any other product on the market today.

The Bloom Electrolyzer is based on the same commercially proven and proprietary solid oxide technology platform that Bloom Energy Servers employ to generate on-site electricity with excellent fuel economy. Highly adaptable, it provides distinct advantages for implementation across a wide range of hydrogen applications, utilizing a variety of energy sources such as intermittent renewable energy and excess heat.

Electricity costs, which can account for approximately 80% of the cost of hydrogen production via electrolysis, have made low-cost electrolysis difficult to achieve. As the cost of renewable energy has dropped significantly over the last decade, an opportunity has developed. Any reduction in the amount of electricity required makes hydrogen generation more cost-effective and scalable.

The Bloom Electrolyzer takes less energy to break apart water molecules and create hydrogen since it runs at high temperatures. As a result, when electricity is the only input source, Bloom Energy’s electrolyzer consumes 15% less electricity than competing electrolyzer technologies to produce hydrogen.

When the Bloom Electrolyzer is combined with intermittent renewable resources like wind and solar, the generated green hydrogen serves as a vital storage mechanism. Hydrogen has the ability to be stored for extended periods of time and transferred over large distances. Bloom Energy’s fuel cells, on the other hand, can convert this hydrogen to electricity, delivering continuous, dependable power.

Bloom Energy began manufacturing in the United States in 2001 and now employs over 1,500 Americans in sustainable energy. Bloom Energy’s manufacturing facilities in Sunnyvale, California and Newark, Delaware are capable of producing 500 megawatts of electrolyzers now and a gigawatt within a year.

Bloom Energy can scale and leverage supply chain synergies since the Bloom Electrolyzer uses the same solid oxide platform as the company’s primary fuel cell product and many of the same components.

Bloom Energy’s technology stretches back to the 1980s, when the company’s co-founders originally created electrolyzers for the military and, later, NASA’s Mars exploration programs. Bloom Energy received 19 patents for its electrolyzer technology in the early 2000s. Bloom Energy believes that with lower renewable energy costs and a global push to decarbonize, now is the time to market its hydrogen technology. Bloom Energy reached many accomplishments during the previous year by collaborating with industry-leading organizations:

Bloom Energy launched its first electrolyzer pilot in November 2020, supplying electrolyzers to an industrial complex in Changwon, Korea, in partnership with its Korean partner, SK EcoPlant. The new project, which supports the Changwon RE100 effort to generate renewable habitats, lays the road for South Korea to achieve carbon neutrality by 2050. The units will be delivered to Changwon in mid-2022.

Excess nuclear energy: In May 2021, Bloom Energy announced a collaboration with the United States Department of Energy’s Idaho National Laboratory (INL) to test the utilization of nuclear energy to manufacture clean hydrogen using the Bloom Electrolyzer. Rather than reducing power generation when an electric grid has excess energy, the Bloom Electrolyzer can use excess electricity and steam generated by nuclear plants to produce low-cost, zero-carbon hydrogen, providing clean energy when needed while also providing nuclear power plants with a source of revenue for their excess power. The units are being tested in Bloom Energy’s laboratories and will be delivered to INL in Q3.

Bloom Energy announced a relationship with energy technology company Baker Hughes in May 2021 to investigate commercialization and deployment collaborations in several areas, including integrated hydrogen solutions, to promote the energy transition. The businesses plan to combine the Bloom Electrolyzer with Baker Hughes compression technology for efficient hydrogen generation, compression, transport, and storage. They will also evaluate the use of excess heat for steam generation in order to improve the efficiency and cost effectiveness of hydrogen production, as well as target applications such as blending hydrogen into natural gas networks alongside on-site hydrogen production for industrial usage.