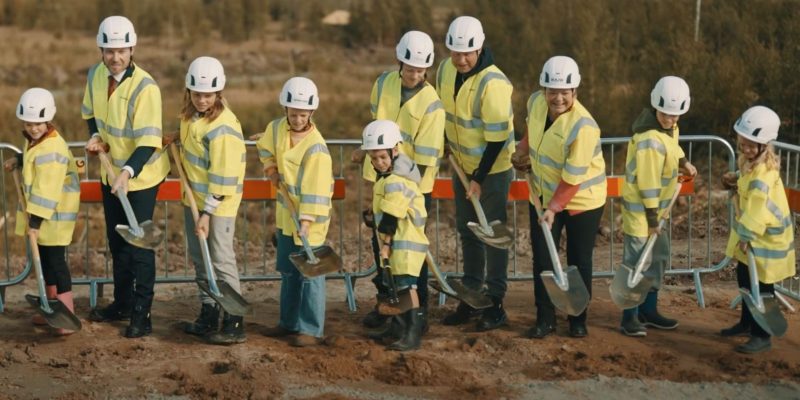 In order to commemorate the opening of its new green steel and hydrogen manufacturing facility in Boden, northern Sweden, H2 Green Steel staged a groundbreaking ceremony.

The Boden facility, one of the greatest industrial projects ever undertaken in the Scandinavian nation, is slated to begin production in 2025 and eventually produce 5 million tonnes of green steel yearly starting in 2030.

In order to clean up the steel manufacturing process, H2 Green Steel wants to construct a giga-scale electrolysis capacity that will be fueled by fossil-free electricity, with around 10 TWh per year expected to come primarily from hydropower.

Prior to construction and the start of civil works, which are scheduled to begin in March of next year, the site must first undergo extensive stabilization. Dealing with “hundreds of thousands of metric tonnes” of soil will be required throughout the work.