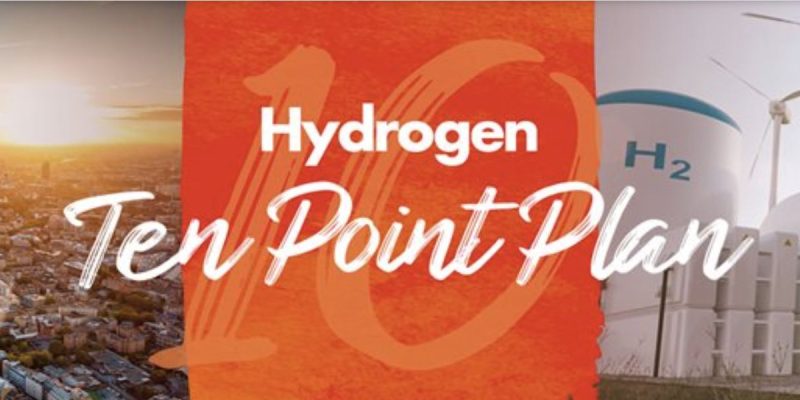 As part of its 10 Point Plan, Cadent announces the beginning of a bold and long-term commitment to decarbonizing the way we consume energy in our homes and companies, while also generating employment throughout the United Kingdom.

For the world to achieve Net Zero energy by 2050, an unprecedented level of change, investment, and collaboration are required, and Cadent is dedicated to rising to the challenge as a company.

Cadent is the biggest natural gas distributor in the United Kingdom, supplying natural gas to 11 million homes. The company is dedicated to the transition to low-carbon energy sources such as hydrogen. In order to achieve these objectives, the government will need to put in place policies that encourage the production of hydrogen on a wide scale.

A number of specific actions are included in the 10 Point Plan that will result in increased investment in jobs and education. Cadent will continue to put its employees and customers at the center of its operations.

“On the road to Net Zero, no one should be left behind,” says the author. It is our goal to make hydrogen a safe, fair, and dependable option for customers everywhere.

“To realize the full potential of this 10 Point Plan, coordination with industry and government will be required to develop regulatory frameworks that permit the integration of hydrogen into the gas grid and the development of new hydrogen infrastructure.” It will be necessary to increase the size of hydrogen production and to attract further investment. It is our opinion that this should be matched with a mandate to deploy ‘hydrogen-ready’ boilers as soon as feasible.

“This implies that when existing boilers inevitably fail, homeowners will replace them with green boilers, putting them in a position to transition to 100 percent hydrogen when it is brought into the network in the future.” As a consequence, millions of individuals across the United Kingdom will not experience significant interruption or incur significant upfront expenditures.”

Cadent will accomplish the following tasks under the ten-point plan:

From 2023 forward, net zero construction sites will be implemented.

From 2025 forward, the first scaled hydrogen mixing factory will be built.

By 2027, the United Kingdom will have the world’s first 100 percent hydrogen pipeline.

By 2024, a Hydrogen Skills Academy will be established.

By 2024, a hydrogen education curriculum will be developed.

Set a deadline of 2025 for the widespread deployment of hydrogen cars.

Now is the time to provide financing for low-carbon heating for our staff.

By 2025, publish plans to show the decarbonization of entire communities through the use of heat.

Appliances capable of running on hydrogen should be installed by 2026 or sooner.

“We cannot achieve this goal on our own, and we are well aware that there are many other organizations experiencing similar problems,” Steve Fraser stated. “Our goal is to collaborate in order to be successful, to serve as an anchor point for regional and local hydrogen issues, and to achieve results via action, invention, and demonstration,” said the team.