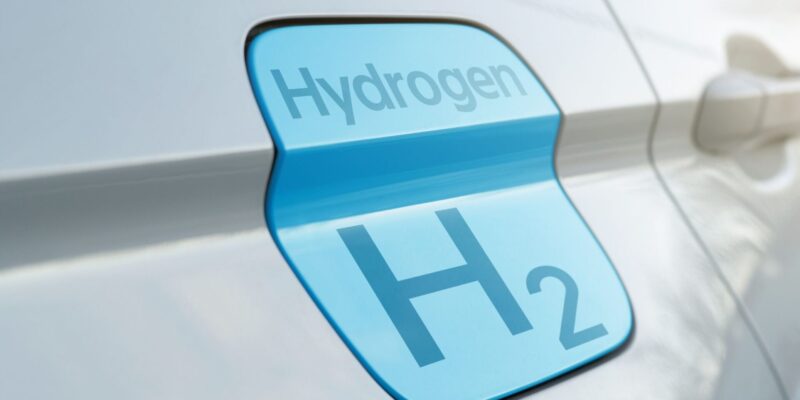 Among the chief executives who have signed a letter urging California Governor Gavin Newsom to allot $300 million in the state budget to support the final construction of 1,000 hydrogen fuelling stations statewide in the following ten years are the CEOs of Toyota North America and Hyundai North America.

The CEOs of some of the top energy corporations in the world are also included as signatories to the letter, which was sent on Thursday. It requests urgent financing in the state budget for 2022–2023 to assist the construction of 1,000 hydrogen filling stations around the state, which will give 97% of the state’s underserved areas and 94% of its geographic area access to fuel.

According to the letter, “This is the birth of an entirely new, domestic, clean power source created to serve the energy and transportation industries to fulfill our common goals.” The statewide fueling network is a low-risk, high-reward investment, and funding is needed to “complete the launch.” The signal California gives on hydrogen will affect private investment decisions at this stage in the market’s growth.

Along with Jose Munoz of Hyundai and Tetsuo Ogawa of Toyota, other signatories to the letter included Joe Cruz, president of the California State Council of Laborers, Tim Cremins, director of the California-Nevada Conference of Operating Engineers, Andy Walz, president of Chevron’s Americas Fuels and Lubricants, Keith Dunn, commodore of the District Council of Iron Workers, Joel Ewanick, chairman and CEO of FirstElement Fuel, Dan Yan

All new automobiles and passenger trucks sold in California must be zero-emission vehicles by the year 2035, according to an executive order signed by Newsom in 2020.

According to proponents, the installation of a statewide network will generate between 2,280 and 3,720 employment per year in the fields of hydrogen generation and station construction. 12,010 to 13,460 permanent employment in fields including engineering, building, installation, equipment maintenance, and hydrogen testing will have been established by 2032.

Toyota and Hyundai both sell hydrogen fuel cell cars in the US, although sales have primarily been restricted to California, the only state with a sizable infrastructure for hydrogen refueling. Toyota has sold 1,398 units of its Mirai so far in 2022, down 15% from the same time last year, while Hyundai has sold 300 units of its Nexo, up 60%. The Honda Clarity, the country’s first fuel cell car, was discontinued after the 2021 model year.

According to Toyota, the company is aggressively supporting hydrogen infrastructure in other states. The OEM stated that sales of fuel cell electric cars are expected to stay highest in California for the foreseeable future because of the state’s far larger scope of commitment.

According to CNBC, Renault recently unveiled an electric-hydrogen hybrid concept car featuring a hydrogen engine, electric motor, battery, fuel cell, and a hydrogen tank. Renault does not sell automobiles in the United States. The electric-hydrogen powertrain was “part of a longer-term ambition, beyond 2030,” the business claimed in a statement.

Recently, the California Hydrogen Coalition began a digital and television ad campaign to increase support for the $300 million financing plan in the California assembly. In order to triple the number of hydrogen filling stations operating in the Golden State, Senate Bill 1329, introduced by state Senator Josh Newman (D-Orange County), is also supported by the group.

When he submitted the bill in April, Newman stated, “We’ll need more than a one-size-fits-all solution if California is to fulfill its aggressive goals on the transition away from internal combustion transportation. “Different sorts of drivers will require options, and for many Californians, hydrogen vehicles and trucks will present the greatest possibilities. In California, SB 1329 would make hydrogen a priority for infrastructure and policy, putting our clean energy objectives within reach.

“FCEVs is a natural complementary ZEV (zero emission vehicle) technology for the transport sector to transition to zero carbon,” according to FCHEA. “Their refueling times are comparable to those of conventional gasoline or diesel vehicles, and they have a larger onboard energy storage capacity than BEVs.” As a result, “clients that desire the capacity to refuel fast, travel long distances, transport large loads, or have high uptime” will find light-duty and heavy-duty FCEVs to be a familiar and competitive mobility option.

The FCHEA is promoting investment in creating a solid infrastructure for hydrogen, incentives for that investment, and an investigation of codes, standards, and regulatory hurdles that may prevent the establishment of “large-scale commercialization and a robust, dependable supply chain.” To enable its expansion in the US, it holds that “directing finance to hydrogen is vital.”

The US is home to more than half of the world’s FCEVs, according to the “Road Map to a US Hydrogen Economy” created by a coalition of significant oil and gas, electricity, automotive, fuel cell, and hydrogen industries.

Assuming “federal regulation and policy” in an “ambitious scenario,”

Hydrogen technology is not just appealing to California. Kevin Stitt, the governor of Oklahoma, bragged on Twitter in March about his state’s collaboration with Louisiana and Arkansas to “compete to construct a regional hub to discover and generate clean hydrogen.”

He tweeted, “Oklahoma has been a pioneer in energy for over a century. We’ll stay ahead of the curve by producing feedstock and developing hydrogen as a fuel. Together with our partners, we are ideally positioned to win this hub because of our pipeline infrastructure and abundant natural resources. We must adopt an “All of the Above” strategy and push for home energy independence now more than ever. Many thanks to Energy Secretary Ken Wagner for taking the lead in Oklahoma’s hydrogen development. I want to be the winner of this hub!

Legislators in Oklahoma enacted nine legislation during the 2022 legislative session that dealt with the manufacture, use, and storage of hydrogen fuel as well as financial incentives for the use of personal and professional zero-emissions automobiles.