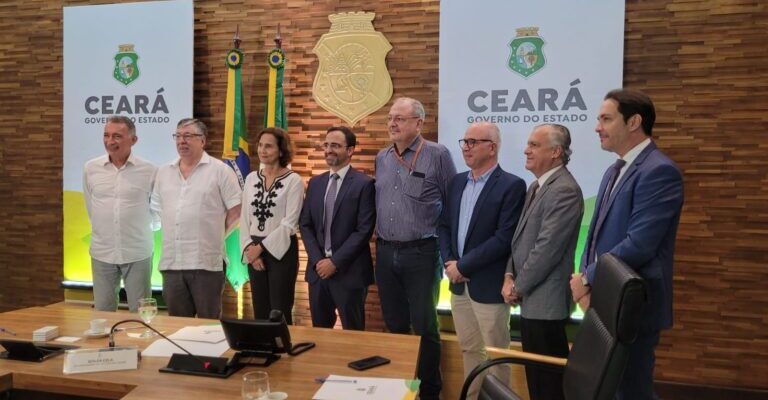 Nexway, a member of the Comec group, approved the initial agreement. The firm will manufacture the input with the goal of participating in the ammonia storage pool at Porto do Pecém’s upcoming H2V hub.

“We’re really thrilled about Ceará’s responsiveness. It’s a once-in-a-lifetime opportunity, and we’re about to begin building. Nexway’s president, Marcel Haratz, stated, “This is not the time for a pilot project; it is the time for us to accomplish a medium and big project.”

A memorandum of agreement was also signed during the event with the Swiss business Energy Vault SA, which specializes in gravitational energy storage technology.

“The renewable energy chain will benefit from our project’s novel solution.” “We’re going to store energy, which is a missing piece in the chain for meeting the demands of this industry,” stated EV Brazil’s president.

“Bringing such a corporation to Ceará is critical for the structure that we do in renewable energies,” said Maia Jnior, Sedet’s secretary.

Two more protocols in the section are ready, according to the secretary, and should be scheduled soon. In addition, four more firms that picked Ceará for their projects are being worked on to form the hydrogen hub.

The Secretary of the Environment, Artur Bruno, the Executive Secretary of Infrastructure, Ado Linhares; the president of Sindienergia, Luiz Carlos – representing the Federation of Industries of Ceará (Fiec); and Sedet analysts Sérgio Arajo and Constantino Frate were among those who attended the ceremony.

Companies who have already signed a memorandum of understanding with Ceará to build a hydrogen hub: