CEGH publishes index for production of green hydrogen in Austria

By 2030, the Austrian hydrogen strategy plans to build an electrolysis capacity of 1 GW. But for that, there must be an active market. With the release of the CEGH Green Hydrogen Index, CEGH supports the growth of the market for green hydrogen (CEGH GreenHydrogen Index).

As a price benchmark for Austria and Central Europe, the CEGH GreenHydrogen Index keeps track of the expenses associated with producing green hydrogen in Austria. Together with the consulting firm PwC Austria, the index was created.

With a total trading volume of 749 TWh in 2021, nine times Austria’s yearly gas consumption, CEGH, a company of OMV, the Vienna Stock Exchange, and the Slovakian gas network operator Eustream, is the largest gas trading venue in Central and Eastern Europe. The business has also been promoting the growth of the green gas trade through the CEGH GreenGas platform since the beginning of this year. Thus, CEGH is significantly advancing the creation of a sustainable energy system in line with the new OMV strategy as a member of the OMV Group.

Erich Holzer, Vice President of OMV’s Gas Business Unit and Chairman of the CEGH Supervisory Board: “In order to promote green hydrogen as a component of a future decarbonized energy system, the CEGH GreenHydrogen Index is a crucial step. With this endeavor, CEGH is also establishing itself as the future hub for the trading of energy. As part of its new OMV strategy, OMV will continue to support this.”

CEO of CEGH Gottfried Steiner: “We are starting the process of creating a market for green hydrogen with the CEGH GreenHydrogen Index. Neither a market nor active trading exists for it at the moment. To develop commerce and accomplish the ambitious green hydrogen expansion ambitions, transparency must be created.”

PwC Austria’s Michael Sponring: “Green hydrogen development for commercial use is still in its early stages. This underscores the need of having an open and constantly updated source of information for energy-intensive industrial businesses considering converting from natural gas to green hydrogen. This is made possible by the CEGH GreenHydrogen Index.”

Given that the European Renewable Energy Directive is now being revised, the CEGH GreenHydrogen Index has four price references that correspond to the various energy buying strategies:

According to the CEGH GreenHydrogen, PPA 100 Index, solar and wind power plants with site-specific generation profiles from the hydrogen production plant’s balancing region provide all of the electricity needed to produce green hydrogen (PPA – Power Purchase Agreement). A 10-year electricity purchase agreement serves as the foundation for this.

GreenHydrogen PPA 40 Index from CEGH: 60% of the electricity consumed is bought at trade locations with origin assurances. Photovoltaic and wind power plants with site-specific generation profiles from the balancing area of the hydrogen-producing plant provide 40% of the electricity needed to produce green hydrogen (PPA – Power Purchase Agreement). A 10-year electricity purchase agreement serves as the foundation for this.

The CEGH GreenHydrogen Index seeks to boost green hydrogen trading in Central and Eastern Europe along with the CEGH GreenGas Platform. However, a long-term liquid European exchange for green gases is required in order to meet the European climate targets. Here, CEGH is supporting the idea of liquid exchange trading of green gases by collaborating with its long-standing cooperation partner EEX, Europe’s largest energy exchange. 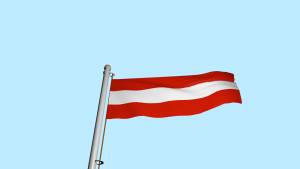