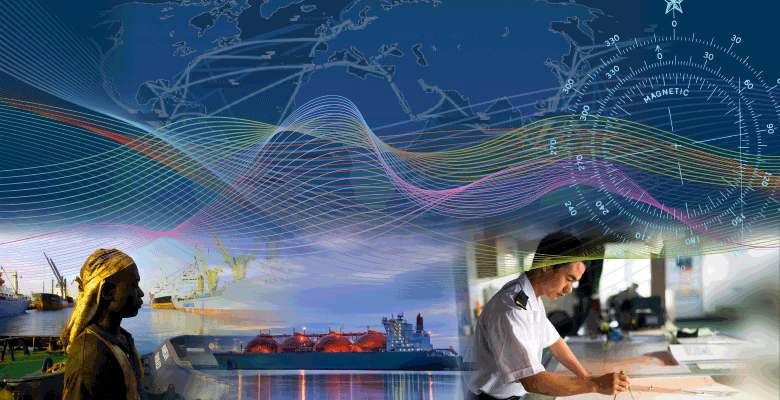 Global maritime transport plays a crucial role in both facilitating trade and fostering economic development at an international scale.

However, the sector also contributes to global climate change and local air pollution, producing around three percent of global greenhouse gas (GHG) emissions and emitting an estimated 15 percent of some of the world’s major air pollutants annually.

Over recent years, shipping has come under increased pressure to address these negative environmental impacts. In 2018, the International Maritime Organization (IMO), a specialized agency of the United Nations which regulates shipping internationally, adopted an Initial GHG Strategy, sending a strong signal to the industry. The initial strategy mandates that shipping’s GHG emissions are to be reduced to at least 50% below 2008 levels by 2050, and to be fully phased out as quickly as possible within this century. This represents a major challenge for a sector that is almost entirely dependent on fossil fuels, in particular on heavy fuel oil, a highly viscous residual fuel that resembles “tar” and contains large amounts of carbon and sulfur.

A new series of reports by the World Bank with valuable expert support from University Maritime Advisory Services (UMAS) highlights, however, that decarbonizing maritime transport offers a unique business and development opportunity for countries, including developing and emerging economies. For developing countries with large renewable energy resources, this could mean tapping into an estimated $1+ trillion future fuel market, while modernizing their own domestic energy and industrial infrastructure.

The prospects of zero-carbon bunker fuels for decarbonizing shipping

Zero-carbon bunker fuels are shipping fuels that emit zero or at most very low GHG emissions across their lifecycle. Those fuels are expected to enter the global fleet and rapidly scale up from 2030 onwards to achieve the IMO’s 2050 climate target, as estimated by the Getting to Zero Coalition, a maritime alliance supported by the World Bank. However, it remains uncertain which of the emerging new bunker fuels will be the most significant in replacing the current fossil fuels.