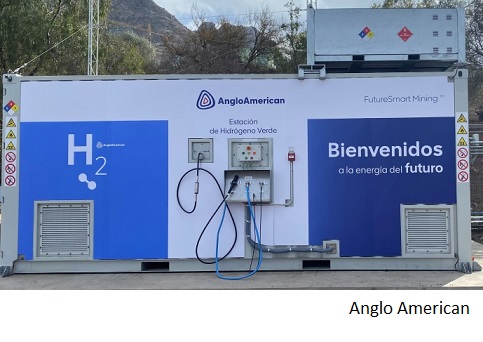 The facility will manufacture 2kg/d of green hydrogen using water from Anglo’s Los Bronces copper mine and solar energy from Las Tórtolas.

A stationary fuel cell is also included in the project, which injects energy back into the operation’s electrical network. A crane that will operate at Los Bronces was the first vehicle to be powered by green hydrogen.

The resources behemoth declared in April that it would only use green electricity at its businesses in Brazil, Chile, and Peru.

Three mining-related green hydrogen projects are already in the works in the country, which is the world’s top copper producer.

“Chile is set to be a world leader in green hydrogen production and at Anglo American we are convinced that the country has all the attributes to achieve it. As a company we want to contribute to accelerating this agenda, with pioneering initiatives such as this hydrogen generator, which also encourage us to achieve our goal of carbon neutrality by 2030,” said Anglo’s Chile CEO Aaron Puna.