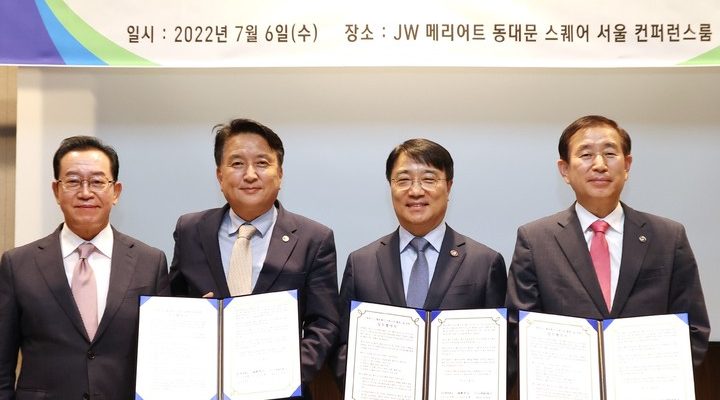 In Chungju, North Chungcheong Province, a base for the production of hydrogen with a daily capacity of 1,200 will be constructed.

Chungju City, Chungbuk Province, and Kolon Global Co., Ltd. inked a commercial agreement for the development of an eco-friendly clean hydrogen value chain at the JW Marriott Hotel in Seoul.

By making use of Chungju’s geographic position as the center of the island and the abundance of renewable energy sources, the city and other cities agreed to construct a hydrogen production base for the production and delivery of clean hydrogen in the central area.

The primary objectives of the business agreement are to establish the RE100 industrial complex, manufacture and provide green hydrogen using water electrolysis technology, and use blue hydrogen that reduces carbon emissions.

Cities and other cities intend to construct a clean hydrogen manufacturing base through this initiative, which will cost 200 billion won and be able to produce 1,200 hydrogen automobiles each day.

Mayor Cho stated that since November of last year, “the city has been communicating and working with Kolon Global to push the initiative to establish the largest environmentally friendly hydrogen production base in the central area.” “About 2,440 new employment will be generated by this initiative.”