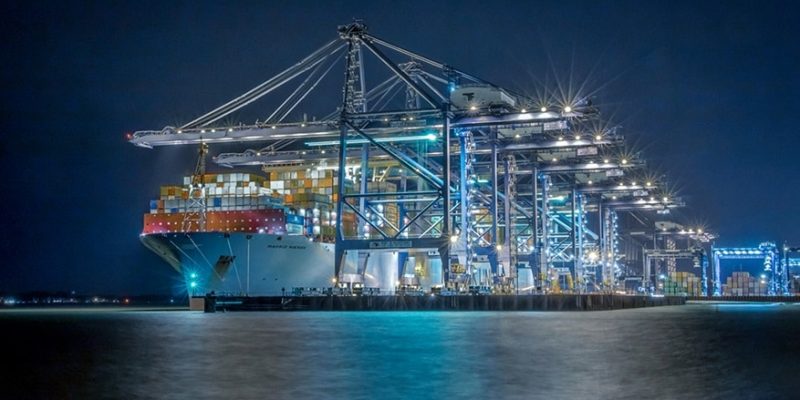 Maersk and Copenhagen Infrastructure Partners (CIP) have unveiled plans for the establishment of Europe’s largest production facility of green ammonia.

A.P. Moller – Maersk is on a quest to find the marine fuels of the future with green ammonia being one of three preferred fuel types.

The Power-to-X facility located in Esbjerg on the Danish west coast will convert power from wind turbines to green ammonia. The green ammonia produced at the facility can be utilized by the agricultural sector as green fertilizer and by the shipping industry as a truly sustainable green fuel.

A.P. Moller – Maersk along with Danish companies Arla, Danish Crown, DLG and DFDS has signed a memorandum of understanding, committing to work towards realizing the establishment of the facility as well as supporting the off-take of the green ammonia from the facility once it is ready to be delivered to the market.

There is a very real sense of urgency in curbing shipping’s emissions, and we must develop scalable carbon neutral fuels. Therefore, we welcome this project as an important development of green ammonia supply in the future.

“At A.P. Moller – Maersk we have announced that we will have our first carbon neutral vessel on the water by 2023 – seven years ahead of schedule. This vessel will be running on carbon neutral methanol. Nevertheless, we consider green ammonia as a promising option for marine fuels and a dual fuel engine for ammonia is under development. We are optimistic that ammonia, along with methanol and alcohol-lignin blends will be powering Maersk-vessels in the future.”

According to CIP, the project has the potential to reduce CO2-emissions by about 1.5 million tons – equivalent to removing 730,000 cars from the roads permanently. The facility is planned to start producing green ammonia in 2026.