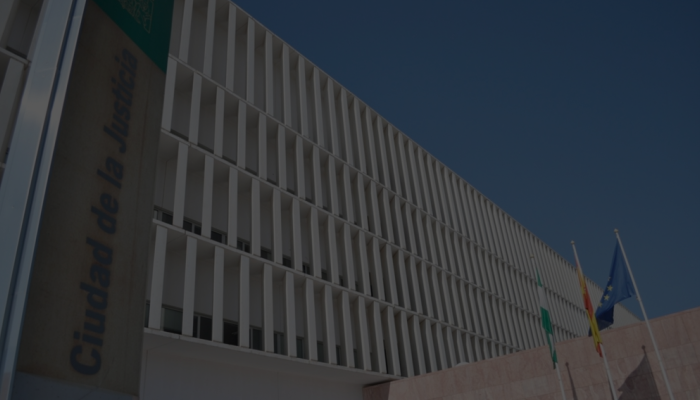 The Ministry of Justice, Local Administration and Public Administration has launched a pilot project to implement green hydrogen in the City of Justice in Malaga, which will turn it into a ‘zero emissions’ space, within the Redeja investment plan to improve efficiency in public buildings such as judicial headquarters and hospitals, with 27 million euros of Feder funds.

This project, as reported from the Junta de Andalucía in a statement, already has a feasibility study conducted, after public tender, by the specialized consultancy Astrom Technical Advisors (ATA).

The green hydrogen is the element that is found in greater quantity in our planet and allows to obtain energy without generating greenhouse effect emissions. It is obtained through electrolysis, that is, separating the hydrogen in water from the oxygen by means of an electric current. This chemical process uses electricity from a renewable source, such as solar energy through photovoltaic panels.

The result is a totally clean energy without any gas emissions, beyond water vapor, which, in addition to not polluting, can be reused again as an electrolyzer and thus reduce the consumption of water, a precious commodity, for the green hydrogen production system.

The intention of the Regional Ministry is to promote the incorporation of renewable energies for the self-consumption of the judicial headquarters, also taking advantage of the synergies created with the Recovery, Transformation and Resilience Plan and specifically the state program Justice 2030, which incorporates the ecological transition and sustainable rehabilitation as one of the lines of work for which the Board is committed in the renovation of judicial buildings.

The choice of the City of Justice of Malaga to start this pioneering initiative in the implementation of green hydrogen, “is due to the potential of the building for this type of systems by the surface available for the installation of photovoltaic panels with which to produce electricity, the existence of surrounding outdoor spaces, its North-South orientation and the fact of not having adjacent buildings, which avoids shaded areas and noise nuisance,” has detailed the regional administration.

The building’s energy demand is centered between 7:00 a.m. and 3:00 p.m., which, according to the study carried out by ATA, would provide a large margin for storing surplus energy.

The study even raises the possibility that the annual electricity or hydrogen surplus that could be produced could be reused to install a recharging station for electric vehicles or to supply green hydrogen to a fuel cell bus that transports citizens to the City of Justice.

The City of Justice building in Malaga has its own generator set, based on diesel generators, which means that if a base load cannot be supplied, the fuel cells could be used as backup power in the event of power outages and would reduce the carbon footprint.

In addition, electricity and water vapor are generated in the fuel cells, which could be condensed and recirculated back into the system to be used again in the electrolyzer, thus closing the loop and minimizing water consumption from the grid.

The study points out that, to increase the efficiency of the system, ORC (Organic Rankine Cycle) systems could even be used to generate electricity from the waste heat of the electrolyzer or fuel cell.

Once this feasibility study, which considers the possible equipment to be used, its location in the building and the economic and energy savings that would be achieved, the Ministry of Justice, in coordination with the Andalusian Energy Agency, plans to submit a project for implementation under the Next Generation funds and make the City of Justice of Malaga the first public building in Andalusia fully supplied for operation with sustainable energy from green hydrogen without any environmental impact.

Energy audits and analyses to implement renewable energy sources and encourage self-consumption, especially in public buildings, such as the project undertaken by the Ministry of Justice, are part of the Green Revolution.

In this line, steps have already been taken in Andalusia, such as the centralized contract for 5,000 electricity supply points (hospitals, institutes, sports facilities, administrative offices and Andalusian universities) whose energy is 100% renewable, which contributes to a reduction of 500,000 tons of carbon dioxide per year.

The Gulf in the energy transition boost