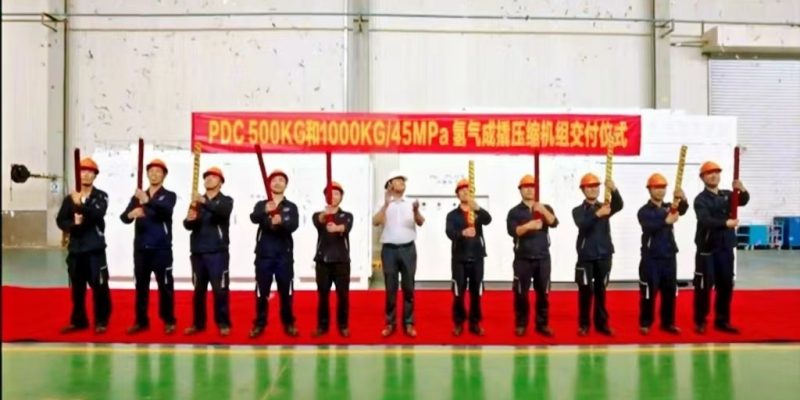 The two sets of hydrogen compressors that GHT has planned to package this time use American PDC diaphragm compressor heads and can withstand filling pressures of up to 45 MPa. Their daily hydrogenation capacities are 1000 kg and 500 kg, respectively. Potential customers of CMIC Yiho will use the products in their project to build hydrogen refueling stations.

In many hydrogen energy application scenarios, hydrogen refueling stations are essential facilities that act as a bridge between upstream hydrogen production and downstream applications. These facilities are primarily used in the transportation sector. The PRC will have built a total of 270 hydrogen refueling stations by the end of June 2022. In the PRC, there will be 1,000 hydrogen refueling stations by 2025, and there will be more than 5,000 by 2035, according to predictions. Many fuel cell vehicle companies have strengthened and accelerated their expansion in response to the new policy of the “dual carbon” goal, and local governments have also increased their involvement in supporting the development of hydrogen energy industrialization and the implementation of projects.