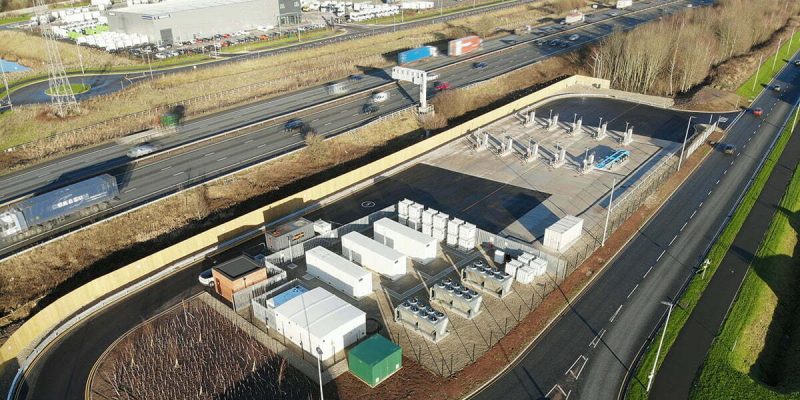 HyFuels, a new division of the corporation, has been established to find the optimal hydrogen production paths and infrastructure solutions for HGVs in order to assist clients in swiftly and simply adopting hydrogen when it becomes commercially viable. The company is now in conversations with foreign partners and conducting feasibility studies across its prospective development sites. The first trials are scheduled to begin in mid-2022. By 2025, the corporation intends to dedicate 100 acres to public hydrogen refueling.

Philip Fjeld, CEO of CNG Fuels, said: “HGVs alone account for 5% of all UK emissions, making their decarbonisation one of the single most important things the UK can do to meet our net zero ambitions. Renewable biomethane is and will continue to be the most effective decarbonisation solution for heavy transport for many years. However, we have launched HyFuels to ensure we are ready to support our customers’ journey to a multi-fuel future as new technologies become commercially viable and the fuel readily available.”

HGV fleet operators confront a big challenge in meeting climate targets by swiftly transitioning to more sustainable fuel sources. HGVs account for 16% of UK transport emissions despite accounting for only 5% of total road kilometers in the UK. I Renewable biomethane is the lowest carbon and most cost-effective alternative fuel available today for high-mileage HGVs, reducing emissions by more than 85 percent and lifetime expenses by 30-40 percent when compared to diesel.

Mid-weight trucks (26 tonnes) will be among the first to make new technologies such as hydrogen commercially viable. HyFuels’ trials will be particularly beneficial for hauliers operating 26-tonne trucks, assisting them in meeting the government’s ambitious decarbonisation ambitions, which include a potential ban on diesel engines by 2035.

CNG Fuels already provides 100 percent renewable biomethane derived from food waste and manure to big fleets through its nationwide network of public access refueling stations. The John Lewis Partnership, Waitrose, Hermes, Warburtons, and Royal Mail are among the major brands already on board. For the last five years, demand for the gasoline has doubled every year. CNG Fuels anticipates that this trend will accelerate further with the rapid expansion of its UK-wide network, with about 10% of the UK’s high-mileage HGV fleet running on Bio-CNG by 2025.

Other low-carbon technologies, on the other hand, will become more widespread in the future as technology advances and costs fall. The Committee on Climate Change anticipates hydrogen-powered HGVs to play a significant role in decarbonizing freight transport by 2030, and the government’s recently issued Net Zero Strategy contains a policy to increase trials of zero-emission HGV technologies. [ii]

HyFuels has already begun conversations with major international providers of both hydrogen infrastructure and fuel to conduct their initial test. Among the initial steps will be the deployment of a number of hydrogen-ready mobile refueling units capable of rapidly delivering hydrogen to on-demand refueling locations.

The trials’ findings will be utilized to educate government, industry, and current consumers about the efficacy of various hydrogen solutions and to highlight critical infrastructure issues for a hydrogen refueling network. Additionally, the company intends to incorporate the findings into a broader business strategy, including a comprehensive path for businesses to transition from diesel to net zero fuels.

CNG Fuels now runs seven public bio-CNG filling stations and intends to add at least 12 more annually beginning in 2022. By 2026, the business intends to have 60 stations operational, facilitating the widespread adoption of sustainable biomethane fuel by fleets across the United Kingdom.

Baden Gowrie-Smith, CFO of CNG Fuels and head of hydrogen development for HyFuels added: “We build our sites with our customers’ future needs in mind, acquiring additional space so we can expand as demand grows. This means up to 30% of our future land will be perfectly placed to deploy multi-fuel trials on some of the busiest haulage routes in the UK. As soon as these technologies are viable, we will be ready to support our customers in adopting the latest and greatest in low carbon technology. With increasingly aspirational decarbonisation targets set by government, our role is to support fleets in their journey to net zero, making it as simple and affordable as possible.”