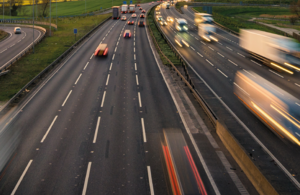 Hydrogen transport projects in the Tees Valley would position the UK as a world leader in the technology and accelerate our progress toward net zero, Transport Secretary Grant Shapps said Tuesday (17 August 2021), as he announced the winners of a £2.5 million research and development competition.

If the trials are successful, supermarkets, emergency services, and delivery companies will begin employing hydrogen-powered vehicles to transport goods and provide local services.

Additionally, the trials will help us understand the role hydrogen plays in achieving our 2050 net-zero energy goals, which will shape our future investment decisions and prime export potential.

Ricardo PLC will refit a double-decker diesel bus with a hybrid fuel cell system in partnership with Stagecoach. The bus will operate on local routes, and the project’s findings will be used to advance fuel cell retrofit technology in public transport across the United Kingdom.

Toyota is deploying a number of hydrogen vehicles as part of one of the most expansive initiatives, including a forklift truck for warehouse operations, a passenger bus, and ten fuel cell passenger cars. These will be distributed among the town’s quick response services, including the Cleveland Police Department’s emergency response units and NHS patient support.

HV Systems intends to conduct a demonstration of hydrogen-powered delivery vehicles in the Tees Valley area. The vans will be operated in partnership with a major supermarket chain, transporting customers between 19 superstores and the business’s main distribution center.

Element Energy will also conduct a trial of a hydrogen-powered heavy goods truck (HGV) in the Tees Valley area in cooperation with Sainsbury’s. The vehicle will be operated from a nearby distribution center and will be used to distribute items in the neighborhood.

Transport Secretary Grant Shapps said: “With less than 100 days to go until COP26, I’m committed to supporting industry to develop innovative new technologies that will decarbonise transport, helping us to build back greener and level up the country. By harnessing the power of hydrogen technology, we can pave the way for its use across all transport modes, creating cleaner, greener more efficient transport systems across the UK.”

This declaration comes just weeks after the government unveiled its Transport decarbonisation plan, a world-leading ‘greenprint’ outlining a feasible roadmap for the UK to reach net zero emissions by 2050 and take the lead in addressing climate change.

The financing comes on the heels of the official release of a masterplan for the UK’s first hydrogen transport hub, which could be fully operational by 2025 and contribute to the long-term creation of up to 5,000 new employment in the North East as we continue to level the economy.

Tees Valley Mayor Ben Houchen said: “Through trialling the use of hydrogen in transport across Teesside, Darlington and Hartlepool, we are spearheading the path to a greener future by developing the knowledge and expertise needed to roll hydrogen out as a fuel source across the country. In Teesside, we already produce 50% of the UK’s hydrogen, so there is no better place for this research to take place. This new investment shows how Teesside is leading the way in the drive for the UK to be net zero by 2050, creating good-quality, well-paid, clean energy jobs in the process.”

David Tozer, Head of Land and Maritime Transport, Innovate UK, said: “Innovate UK is pleased to support these innovative projects across the Tees Valley in partnership with the Department of Transport. Deploying hydrogen vehicles and vessels at scale and showcasing the UK’s long-term aspirations in this space, is essential in delivering UK commitments to decarbonisation.”