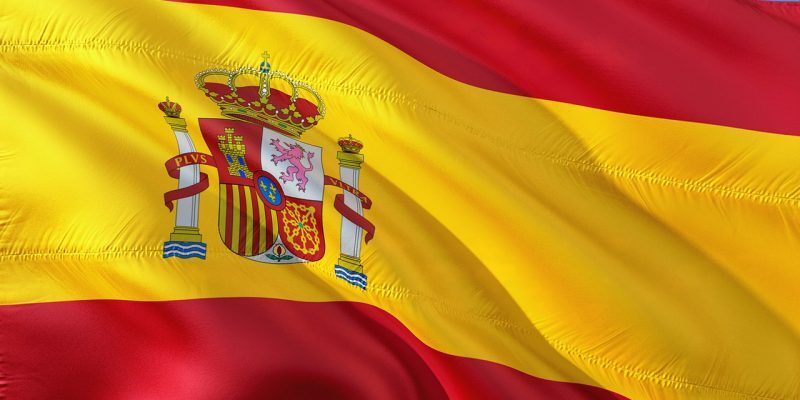 The PP is defending a new regulation for the development of a new liberalized “green” hydrogen market in the plenary session of Congress.

The new regulation will be based on the conditions agreed upon by the various parties, under a system of free competition, and will not be subject to any fees, tolls, or charges for the use of its new infrastructures.

In order to “legally order the development of the hydrogen value chain in the Spanish economy” and to encourage the use of the gas network by providing incentives to accelerate their production and use, the “popular” will therefore ask that their bill, which was registered in July of last year, be processed.

According to the PP, this regulation was created using the principles of technological neutrality, which holds that certain technologies shouldn’t be preferred over others rather than having standards that must be met, the use of already-existing facilities, and the liberalization of activity in the new infrastructure.

USE CURRENT NETWORKS AND RESOURCES

The PP underlines in its justification that there is a lot of uncertainty around the demand for this energy source due to the immaturity of the infrastructure and industry and the reliance on conversion and storage breakthroughs.

In order to speed up market development and ensure its viability, it is necessary to make the most of existing gas infrastructures. This can be done by extending their useful lives and updating their facilities, and it is also recommended that new hydrogen-only networks be built in areas where there is a significant concentration of demand. It argues in favor of modifying natural gas networks for sole usage with this new energy source in the long run.

The Hydrocarbons Sector Law would govern the activity carried out in the infrastructures intended for the transportation, distribution, and storage of natural gas, and as a result, the cost would be set by the toll, canon, and related fee.

The National Commission of Markets and Competition (CNMC) would yearly authorize these PP hikes, while the Government would approve the canon for access to subterranean storage. The PP suggests that these fees adhere to the fundamentals of the system’s economic and financial sustainability and be adequate to pay the expenses associated with using the natural gas system.

A market operator, who is in charge of overseeing the system of purchase and sale offers, as well as producers, marketers, and direct consumers who want to participate with offers, carriers, distributors, the technical manager of the hydrogen system, and any other subject who makes offers without having access to third-party facilities are all included in the PP as actors in the organized hydrogen market.

The PP suggests that the technical manager of the system be the one designated as such in the Hydrocarbons Sector Law (Enagás), but that the operator should be a commercial company in which any natural or legal person may participate as a shareholder and who would pay the various operators according to the guidelines established by the relevant Ministry.

The “popular” group emphasizes in its proposal that there is no wholesale hydrogen market because all supplies, they claim, are determined by bilateral agreements between producers and customers.

In reality, the Government is committed to stabilizing prices, particularly in industry, through temporary bilateral agreements. The PP suggests that short-term contracting, at the very least, allowing for items with a delivery horizon until the final day of the next month, can be welcomed by the organized market.

The legislation anticipates various circumstances and needs for industrial production and small productions for self-consumption —considering the installed power and storage capacity— and permits the manufacture of hydrogen from electricity from any energy source.

Additionally, it requires the government to control the use of water from urban wastewater treatment facilities and the public hydraulic and marine domains for this production.

Regarding storage, the proposed law permits non-discriminatory, transparent, and objective technical and economic conditions, with prices that are public, for the use of its facilities by direct market consumers and marketers who fulfill the requirements through a negotiated method.

The PP suggests a system of free competition with no restrictions beyond those set forth in this legislation, in which prices will be “freely negotiated” with customers, as well as a number of duties and rights, for the commercialization and supply of hydrogen.

ACTIONS TO SUPPORT HYDROGEN USE AND PRODUCTION

Last but not least, a number of recommendations to stimulate and promote the production of hydrogen and the use of this source of energy in industry and transportation are included in the bill registered by the “popular” in the Lower House. And it is true that they provide incentives rather than constructing them expressly and placing a wager on them.

They suggest goals for the penetration of “green” hydrogen, financial support tools, the definition of a network of hydrogen stations in strategic mobility zones, incentives for the purchase of light and heavy transport vehicles, detailed production plans, plans for research and innovation in these fields, and studies for the railway and port networks in order to encourage its use.

In this regard, they suggest encouraging studies and feasibility tests to replace trains powered by fossil fuels with hydrogen fuel cell trains, designing a national railway infrastructure for refueling with this technology; and in port matters, elaborating measures for the development of refueling infrastructure and clarifying and simplification of the homologation and certification of ships with this fuel cells.

NEOM will be the first to commercially produce green hydrogen