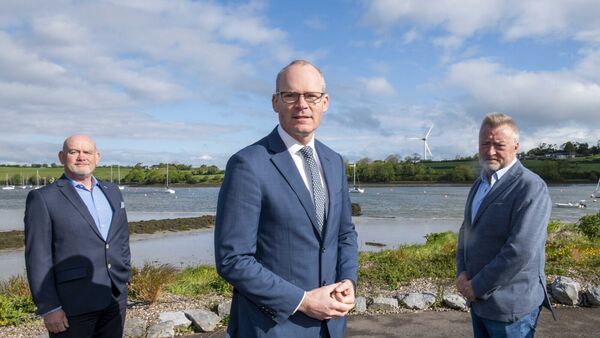 EI-H2 Energy aims to apply for planning permission for a 50MW electrolysis facility at Aghada, Cork County, which, once operational, will offset 63,000 tonnes of carbon emissions generated by Irish industry and power generation each year.

When completed, the site will be one of the world’s largest green energy projects. EI-H2 is scheduled to begin an intense round of pre-planning conversations with Cork County Council, the Department of the Environment, Climate and Communications, and other interested parties later this year.

If granted, 85 direct and indirect jobs would be created, and EI-H2 Aghada is projected to be operational by the end of 2023. Construction and grid connection are projected to cost in the range of €120 million.

Hydrogen generation is expected to be a critical component of global efforts to reduce carbon emissions. Hydrogen is relatively easy to manufacture, can be stored in large quantities for later use, and can be integrated into existing natural gas networks. EI-H2 selected Cork’s Lower Harbour as its initial location due to its strategic location. The facility is intended to aid commercial clients that are attempting to lower their carbon footprint and will increasingly require ecologically friendly and sustainable energy sources.

The technology proposed for the Aghada site enables surplus power generated by renewable sources, particularly offshore wind, to be used in an electrolysis process that breaks water down into its constituent constituents of hydrogen and oxygen.

The Aghada station will attempt to provide the commercial sector with more than 20 tonnes of hydrogen per day. The plant’s green hydrogen may be combined with current natural gas sources, assisting large energy companies in reducing their carbon emissions.

EI-H2 is owned by Pearse Flynn, a Cork businessman who believes that Ireland is beginning to take a leadership role in addressing climate change.

“The production of hydrogen from excess wind capacity will play a significant role in Ireland’s decarbonisation, given that Ireland could be generating 8 GW of offshore wind by 2030. There inevitably will be ‘curtailed’ energy that will go to waste unless we find ways of using it. EI-H2 is planning the production of safe and environmentally sound green hydrogen that will allow industry to decarbonise.”

“This initiative will create and sustain local jobs, and go a long way towards helping Ireland meet its international obligations on climate change.”

Minister for Foreign Affairs, Simon Coveney, has welcomed the development. “Ireland faces a challenge to decarbonise over the next decade, and a plan like that being put forward by EI-H2 would go some way towards helping us achieve what might now seem like impossible targets. Every business in Ireland should be looking at ways to decarbonise, starting with the largest, and working our way through our entire economy.

“The production of green hydrogen using surplus wind energy is just one way that we can help put Ireland on a solid environmental footing, and show global leadership in energy projects.”

The proposed site was chosen due to its proximity to an existing energy triangle comprised of power plants, heavy industry, and an oil refinery. Additionally, green hydrogen could be exported in the future via a fleet of environmentally friendly ships.

By 2050, green hydrogen will account for more than 80% of the transportation industry’s energy needs, with the vast bulk of that energy coming in the form of green ammonia. The same product is expected to meet around 60% of the aviation sector’s energy needs.

Tom Lynch, the recently appointed CEO of EI-H2, has extensive expertise in the energy sector both in Ireland and abroad. Mr Lynch stated that Ireland has tremendous potential to become a global leader in green hydrogen.

“We have identified East Cork as the first site to develop this safe form of new energy, and will be looking at other strategic locations around the country where the power of excess energy can be harnessed.” EI-H2 will shortly begin an intensive round of pre-planning discussions with Cork County Council, the Department of the Environment, Climate and Communications and other interested parties ahead of the formal lodging of planning permission later this year.”

Russia and Saudi Arabia to team up on hydrogen production?