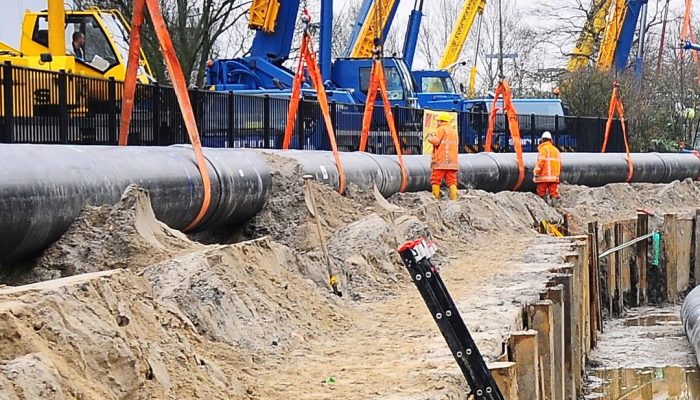 The construction of four new pipelines for the transport of C4-LPG, propylene, hydrogen, and CO2 between Rotterdam, Chemelot, and North Rhine-Westphalia will provide several benefits.

The Ministry of Infrastructure and Water Management, the Port of Rotterdam Authority, and the Chemelot chemical industrial park commissioned the feasibility study. The organizers have agreed to move forward with the plans for the ‘Delta Corridor’ as soon as possible.

There are several advantages to laying pipelines between Rotterdam’s port and Chemelot, Limburg. For starters, it will mean fewer trains carrying hazardous materials along the Brabant route, potentially opening up opportunities for housing development along the route. Second, Chemelot’s industry will benefit from safe and long-term connections to other industry clusters, boosting the town’s competitiveness. Third, hydrogen and CO2 pipelines will provide opportunities for industry to make production processes more sustainable. The transition will be aided by pipelines for C4-LPG and propylene: C4-LPG is a more environmentally friendly alternative to naphtha, which is currently widely used, and propylene can eventually be replaced by bio-propylene. Fourth, pipeline construction is critical to Rotterdam’s transformation into a sustainable energy port. Last but not least, ‘linking options’ will be available to companies located along the route that can use or produce any of these four substances. One example is the industry at Moerdijk.

The cost of constructing the four pipelines between Rotterdam and Chemelot at the same time will exceed €1 billion, including VAT (-/+ 40%). The cost of laying the pipelines one at a time would be €365 million more, and the construction would be significantly more inconvenient. According to the study, the route Rotterdam-Moerdijk-Tilburg-Venlo-Chemelot would be the most advantageous for the ‘Delta Corridor.’ This route is part of the national Pipeline Structural Vision (2012).

A pipeline bundle for the Dutch section alone would be economically unfeasible, according to the study. The pipelines could be significantly better utilized if they were extended to North Rhine-Westphalia and Antwerp. In terms of cost recovery, this is critical.

Over the next few years, Chemelot’s industry will use more C4-LPG as a raw material. As a result, it would be preferable to lay the pipes as soon as possible. Industry will require clarity on pipeline construction in order to make long-term plans.

Minister Cora van Nieuwenhuizen (Infrastructure and Water Management): “The results of the feasibility study are positive and so the plans can be worked out in greater detail. We’ll be doing this in association with the provinces, the port of Rotterdam, the Chemelot chemical complex, as well as with Germany and Belgium. The plan will help bring about a safe means of transportation. As it will run underground, accessibility will also benefit.”

Allard Castelein, CEO port of Rotterdam Authority: “The ‘Delta Corridor’ project will be crucial in helping industry in Chemelot and North Rhine-Westphalia become more sustainable, and consequently for the port of Rotterdam to continue playing a key role in the energy system of the future. This is important for the employment and economic prosperity created by the port of Rotterdam. The first port that is connected to inland industry by pipelines for hydrogen and CO2 will have an edge over its competitors in Northwest Europe.”

Loek Radix, Executive Director of Chemelot: “Pipelines provide a safe, reliable and energy-efficient way of transporting large quantities of hazardous materials. While road and rail are also safe modes, they are more vulnerable than pipelines when it comes to interaction with other traffic and, at a later stage, there are likely to be capacity issues due to an increase in volume. Laying the proposed pipeline will mark a significant step towards long-term investments in the National Energy Infrastructure for the Chemelot and Rotterdam chemical complexes. In addition, the pipeline route will strengthen Europe’s competitive position because of the opportunities it will create for connecting chemical clusters in the Netherlands, Belgium and Germany.”

Christophe van der Maat, Delegate for the Province of North Brabant (VVD – Mobility, Finance and Organisation): “Sustainable pipeline transport between Rotterdam and Limburg cannot merely pass through Brabant; it has to work for Brabant. It must mean fewer trains carrying hazardous materials along the Brabant route, it must connect to our energy system, and increase the future viability of our businesses and industry clusters. The laying of pipes and, potentially, a direct current cable will go towards solving the societal challenges we face, including in Brabant.”

Floor Vermeulen, Delegate for the Province of South Holland: “The province wants to help bring about a modal shift, resulting in more freight being transported by water, rail and, by extension, through pipelines. All this will go towards increasing transport safety and reducing congestion. There is already a major pipeline corridor between Rotterdam and Antwerp, and this study strengthens the case for laying new pipelines to Germany, which will help us bolster South Holland’s position as a gateway to Europe for the transport of new energy carriers such as hydrogen.”