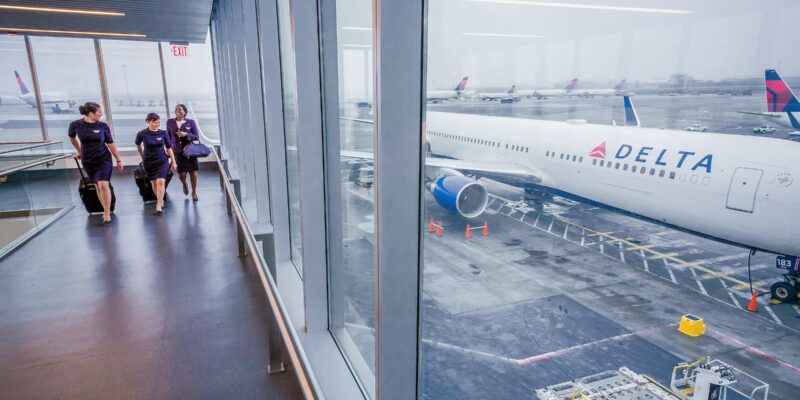 The American airline Delta will purchase 385 million gallons of sustainable aviation fuel (SAFs) created from renewable hydrogen, the largest transaction of its kind by a US airline and a huge step forward for manufacturers seeking to create green biofuels with renewable H2.

Using a variant of the Fischer-Tropsch (FT) process, which chemically combines carbon monoxide and hydrogen to make synthetic hydrocarbons, fuel will be produced for the transaction.

Hydrogen will be supplied by an 839MW electrolyser at a new FT plant planned by US company DG Fuels in Louisiana, which will generate FT. The factory is scheduled to begin construction in 2023, with SAF production commencing in the second half of 2026.

The world’s largest hydrogen electrolyser to date is a 150MW unit placed in central China, while a 260MW plant is now under development in northwest China.

Michael Darcy, CEO of DG Fuels, tells Recharge that the 839MW electrolyser will be powered by solar plants confirmed by Renewable Energy Certificates. The program will apply for hydrogen tax credits under the Inflation Reduction Act (IRA), but the Delta agreement was finalized prior to the IRA’s announcement, he adds.

Delta will purchase 55 million gallons of the fuel annually for seven years beginning in 2027, bringing the firm closer to its goal of acquiring more than 400 million gallons of SAF annually by 2030, which is comparable to 10% of its annual fuel use.

Delta had secured more than 40 percent of its objective through offtake agreements by 2021. The DG Fuels transaction, assuming it has not previously been accounted for, would increase this to around 54%.

The FT method of DG Fuels utilizes a carbon monoxide-heavy syngas produced by processing cellulosic biomass — organic material such as plant or tree waste — at high temperatures and in the absence of oxygen to create carbon monoxide and other gases, water and tar, and a small quantity of hydrogen.

This syngas is then combined with the renewable hydrogen produced by the 839MW electrolyser and passed through a metal catalyst, causing the carbon monoxide and hydrogen molecules to combine to make synthetic hydrocarbons. Additional tweaks then polish them into SAFs.

According to Darcy, the technique constitutes a change from other FT processes for SAF, which normally derive all of the hydrogen from the organic material used to produce the syngas, which is typically a roughly 2:1 carbon monoxide-hydrogen balance.

The business claims that by adjusting the gasification process such that the syngas is richer in carbon monoxide and then adding hydrogen from an electrolyser, the SAF production can be increased by a factor of nearly four, with 97% of the carbon from the biomass being converted into fuel.

The FT process waste water is then used in the electrolyser, which will be supplied by HydrogenPro of Norway.

However, FT technologies are gaining ground. In May of this year, Fulcrum Bioenergy launched operations at their FT-based transport fuel plant in Nevada, which utilizes municipal trash as feedstock.

United Airlines made the largest SAF commitment to date by agreeing to purchase 1.5 billion gallons over 20 years from Alder Fuels, which is developing technology with US company Honeywell to produce SAFs from waste forestry products through pyrolysis.