Two European ptx developers warn that there is an exceptional hurry to put hydrogen pipes in the ground if Denmark wants to avoid missing out on billions of dollars in investments and losing the European hydrogen race.

For a number of major firms that have planned to invest billions in converting wind and solar energy into green fuels, or so-called power-to-x, steel pipelines under Danish soil will be vitally essential (ptx). Companies like rsted, Copenhagen Infrastructure Partners (CIP), Eurowind, and Swiss H2 Energy fall under this category.

Plans are one thing, but real production and investment are another. According to H2 Energy, which will spend over 7.5 billion DKK building a hydrogen plant in Esbjerg, the government is reportedly quite busy making choices on the pipe infrastructure that will carry the hydrogen generated to the customers. The developer states that this must occur no later than the spring of 2023.

Our sense is that there is occasionally a misconception, with individuals believing that these are investment choices that have already been taken, based on our talks with authorities and ministries. Rasmus Bach Nielsen, a board member of H2 Energy and worldwide head of green fuels at Trafigura, a significant investor in the business, thinks it is a mistake and might be a regrettable sleeping pad.

Similar to the CO2 capture business, the hydrogen industry is at a crossroads. The growth and viability of both crucial climate industries significantly rely on how soon Denmark can bury kilometers of pipelines.

The ptx sector is under pressure since it has been identified as one of the government’s top climate missions and has the potential to reduce Danish CO2 emissions by up to 18% in 2030.

It will take three years from the time of final approval before pipe infrastructure can be put into use, according to the state-owned corporation Evida, which among other things owns gas infrastructure. Rasmus Bach Nielsen claims that Denmark might de facto say goodbye to at least one sizable hydrogen plant that would have produced climate-friendly fuel starting in 2026 if the choice had been made earlier.

Numerous hydrogen atoms Approximately 17 GW of hydrogen capacity will be available in Denmark by 2030 thanks to the 40 hydrogen projects that are currently planned for the country. Much greater than the current combined Danish wind capacity. The hydrogen island in the North Sea, which will have a 10 GW capacity, is included in the numbers.

This is true even though H2 Energy has already committed a three-digit million dollar sum to the acquisition of land, securing of permissions, etc. for the Danish production, he claims. The electrolysis equipment that has already been ordered and will be used to make the hydrogen is secured with a far bigger sum, but it might theoretically be installed overseas.

“We must halt our process, pull back, and maybe seek outside if we are unsure that the infrastructure will be delivered on time. Rasmus Bach Nielsen claims that the decisions at hand are of the utmost importance.

A similar message is sent by the energy company Eurowind, a collaborator on several Danish ptx projects. in addition to. Similar to H2 Energy, the billion-dollar Green Hydrogen Hub project in Viborg aspires to reach 1 GW of production capacity by 2030.

“Evida and Energinet are absolutely necessary to create these pipelines. Business-wise, we are unable to generate without them, according to Joachim Steenstrup, the organization’s head of policy and communications. He declines to engage in conjecture about the effects of a delayed Danish infrastructure but says:

“Because we are a European corporation, we monitor the pace internationally.”

Since the government and the state-owned businesses Evida and Energinet are haggling over who will own and run the pipes, it is currently unknown when the hydrogen pipes will be placed.

Nevertheless, Peter Kristensen, head of strategy and development at Evida, says that preparation work is ongoing. The business revealed at the end of August that it is now conducting feasibility studies on pipelines connecting the port cities of Esbjerg and Fredericia, where there are notably numerous ptx projects under consideration.

The pipe in question passes via Egtved, where it may be linked to infrastructure pointing toward Germany, allowing Denmark to export hydrogen to countries like Germany, which has been listed as a key importer.

In Denmark, 40 hydrogen projects are being scheduled.

An ultimate choice, however, still rests with the political system, according to Evida.
“It is unclear who will run this infrastructure: Evida or Energinet. However, we believe that it is feasible to have the lines operational by 2026, and we have started feasibility studies to prevent momentum loss,” he adds. 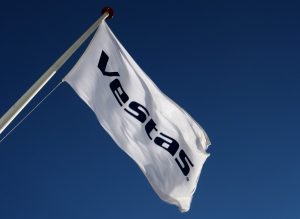 Vestas lays off 400 employees due to Covid-19