The U.S. Department of Energy (DOE) has authorized MMEX Resources’ Concept Paper to move on to the final application stage in accordance with the guidelines for funding clean hydrogen infrastructure, according to the sponsor of the Trans Permian H2Hub, MMEX Resources.

In accordance with the Infrastructure Investment and Jobs Act (IIJA), also known as the Bipartisan Infrastructure Law, the DOE published a Funding Opportunity Announcement (FOA) on September 22, 2022, inviting applications for Regional Clean Hydrogen Hubs (H2Hubs) (BIL). “This $8 billion effort will catalyze investment in the development of H2Hubs that demonstrate the production, processing, delivery, storage, and end-use of clean hydrogen,” according to the FOA. “This will support the Biden Administration’s goal to achieve a carbon-free electric grid by 2035 and a net zero emissions economy by 2050.” With a preferred DOE commitment for each hub in the range of $500 million to $1 billion and 50% of the amount supported by other sources, the DOE will choose six to ten regional hydrogen hubs.

Jack W. Hanks, President and CEO of MMEX Resources Corp and sponsor of the Trans Permian H2Hub said, “Trans Permian H2Hub filed on November 5, 2022, announcing its formation and the filing of its Concept Paper for the regional hub Trans Permian H2Hub, and to apply for DOE funding. On December 27, 2022, we received the decision by the DOE to proceed to the formal application stage in April 2023. We are very excited to receive this stamp of approval by the government to continue our Permian Basin H2Hub initiative.”

Hanks continued, “The Trans Permian H2Hub includes the Texas Permian Basin cities of San Antonio, San Angelo, Big Spring, Midland, Odessa, El Paso, Fort Stockton, Alpine, Presidio and Del Rio with an outreach of H2 attributes across Texas, the U.S. Southwest and Mexico. The planned projects within the Trans Permian H2Hub include hydrogen bus manufacturing, H2 re-fueling stations, green and blue hydrogen production, ammonia and methanol production, solar and wind power, and metropolitan bus transport projects in the major cities. In addition, Trans Permian H2Hub plans to work with the many natural gas transmission pipelines in the Permian to blend H2 with natural gas to reduce CO2 emissions and to work with the four railroads serving the Trans Permian to convert locomotives to H2 to reduce emissions. The plan also includes community benefits programs including environmental justice that check the core elements set out in the FOA. Trans Permian is in discussions or plan to be in discussions with each of the county or city economic development agencies in the region to implement economic and community development programs. The H2Hub also encompasses several university, college, and trade school campuses to implement hydrogen attributes curriculum or job training. The Trans Permian H2Hub is open for participation to any interested party. Trans Permian is now receiving letters of support and participation for non-binding, non-exclusive cooperation agreements.” 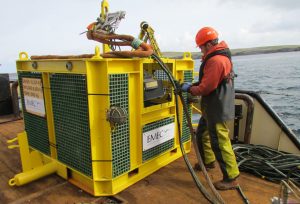