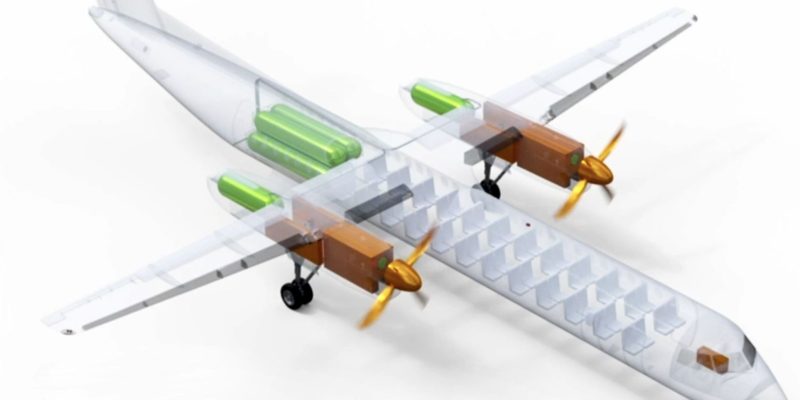 By 2028, a consortium of Dutch firms will be able to fly on hydrogen using medium-sized passenger aircraft over lengths of up to 750 kilometers. The project will get a 100 million euro investment from the national government.

The program involves seventeen firms and organizations, including Fokker and TU Delft. Joris Melkert, an aviation specialist who is not engaged with the project, says, “It’s a very beautiful program with a lot of promise.” The desire is noteworthy since hydrogen-powered passenger jets, which do not generate damaging greenhouse gases, are typically thought to be a thing of the future. We are just testing with modest devices at the time. From 2024, the British-American company Zero Avia wants Cessnas to fly on hydrogen.

Swedish Heart Aerospace is developing a brand-new airplane for 19 people that will be able to fly 400 kilometers starting in 2026. According to the Dutch consortium, economically successful flights between, for example, Rotterdam and London would be conceivable from 2028 for planes with forty to eighty passengers. Existing medium propeller aircraft will be converted. “We remove the engine and replace it with a new system, after which it can fly on hydrogen,” explains entrepreneur Michel van Ireland, who has been instrumental in bringing the firms together over the last two years. A first design has already been created, and the finances have been estimated in those two years.

In the rear, there’s a hydrogen tank

Where aviation fuel is presently stored in the wings, it will be replaced by a hydrogen tank in the aircraft’s tail in the so-called Hydrogen Aircraft Powertrain and Storage System (HAPSS). The hydrogen is transferred to the engine, where it is turned into energy and utilized to move the propellers.

,,Across 1500 airplanes are now operating around the world which is acceptable for our program. “We’ve already had our first quote request,” Van Ireland says. Many islands, particularly in the Caribbean, but also in Scandinavia, have neither a railway nor a vehicle as an alternative to flying. The goal is that, once Airbus and Embraer start building new planes, Dutch firms will be engaged in the creation of wholly new planes.

‘Green’ flying is a game-changer

Flying is a polluting way of transportation. A flight pollutes the environment seven to eleven times more than a rail ride, and two to four times more than a vehicle, depending on the number of people, according to the information group Milieucentraal. Will ‘green’ flying on hydrogen become a reality, just as electric driving did after Tesla made it appealing?

“You often see people being a little enthusiastic,” says aviation expert Melkert, “but on the other hand, it is absolutely doable in the long run.” He believes that in the next years, more biokerosene and synthetic kerosene will be utilized, which is also legal in existing equipment. “However, hydrogen is the simplest sustainable fuel to produce. It’s also rather light. So there are changes in the long run, and the Netherlands can make use of them.”

Tickets that are more expensive

Will the tickets be more expensive as well? “It’ll happen regardless,” Melkert adds. In the year 2050, aviation must simply become self-sustaining. ,,This necessitates extensive research and development, and all alternative fuels are more expensive than fossil kerosene. They are too cheap because we do not pay a reasonable price for them which also considers the environmental impact. As a result, it becomes cleaner.

It’s not going to get any cheaper.” According to the consortium, a ticket would cost up to 10% extra, but consumers will be prepared to pay if their flight is truly environmentally friendly. “We’re going to speed up the greening of aviation,” says Rinke Zonneveld, a partner in the initiative from the South Holland development business InnovationQuarter.

The Netherlands has a century of flying experience. However, in recent years, it has mostly served as a supplier to huge international aircraft manufacturers. “With hydrogen-powered flight, the Dutch aviation sector will once again be at the forefront.”