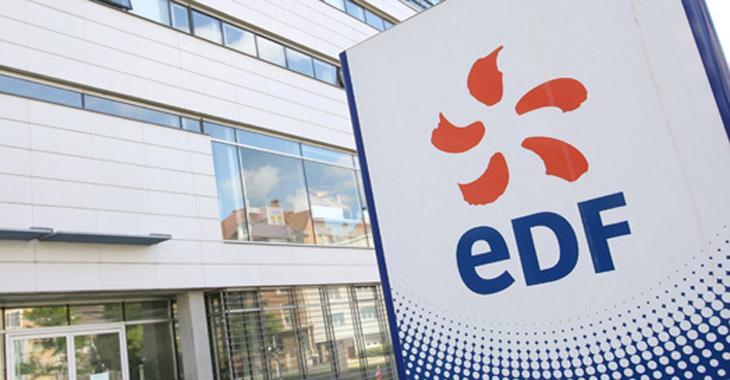 French EDF Renewables, a division of EDF, is now focusing on hybrid projects that combine offshore wind and green hydrogen (H2V) in the nation. The company has a portfolio of 1.7 GW of onshore wind and solar generation in Brazil, including projects that are in operation, under construction, or authorized.

“We are highly intrigued and want to include hybrid projects in our portfolio.” Offshore wind and green hydrogen are completely integrated into our Brazil plan, according to Sylvain Jouhanneau, the company’s emerging business manager.

By 2030, the EDF group hopes to have 3 GW of electrolysis capacity worldwide, producing both green hydrogen and pink hydrogen from renewable energy sources (through nuclear energy).

The goal, according to Jouhanneau, is to “start with a moderately small project, less than 10 MW” of green hydrogen while also laying the groundwork for future offshore megaprojects. However, there is currently no specific timeline for the corporation to begin the investments.

With Hynamics, the hydrogen investment arm of EDF, the business has already started a pilot project in England to deliver H2V to a steel mill in the Tesside industrial area.

Electricity for the project will come from an offshore wind farm and a solar power facility that EDF Renewables UK plans to construct near to the steelworks.

The executive claims that Brazil has a fantastic chance to take the lead globally in the production of renewable hydrogen. Jouhanneau emphasizes that the nation must take action now and have a clear goal in order to assist the expansion of the offshore and then open the door to renewable hydrogen in order to achieve this.

He sees heavy industries and transportation as two potential markets for hydrogen in this country (maritime and trucks).

Jouhanneau estimates that, when looking at exports, a combination of solar and onshore wind, renewables that are currently developed and competitive in the nation, might reduce the cost of Brazilian green hydrogen in addition to offshore wind. Approximately 80% of the cost of manufacturing H2V is electricity.

Since electricity represents a very high cost, this would make it easier to offer solutions to optimize these sources and supply the electrolyzers in a cost-effective manner. Additionally, green hydrogen from Brazil could be exported at a very competitive price to Europe, the United States, Africa, and even Asia.

The business anticipates shortly announcing offshore wind developments in Brazil. However, it is anticipated that the ventures will begin operating in 10 years.

Jouhanneau notes that the first action taken by EDF was to conduct research throughout the whole Brazilian coast in order to identify prospective locations for the construction of wind farms. The moment has come to find partnerships to carry out the initiatives.

The executive states, “We are speaking with many actors to discover complementing abilities.

He believes that the alliances will most likely be with businesses that already work in the offshore oil and gas industry, such as the offshore wind projects in New Jersey, United States. There, the business merged with Shell.

He assesses, “The offshore oil and gas experience in Brazil is a really strong asset […] It does seem like a reasonable plan to integrate these talents.”

A legislative framework for offshore energy production in Brazil has been promised and is awaited by the firm until the end of this year.

“The key goal is to establish safety, transparent, and equitable standards. The procedure of allocating the usage of the marine region must be fair and not based on financial speculation, he insists.

The firm has similar initiatives currently underway in Colombia, Chile, and Peru throughout Latin America.

“These nations, which have diverse points, complement one another. To diversify value generation, we will invest by using the strengths of Chile, Brazil, and Colombia.

France declared on Wednesday, July 6, that it will fully nationalize EDF. According to the country’s prime minister, Elisabeth Borne, the French state already controlled 84 percent of the company’s shares and now plans to “control 100 percent of the capital.”

The news comes at a time when the nation is experiencing a severe energy crisis. Even the CEOs of Engie, EDF, and TotalEnergies signed an essay this week asking the French people to consume less energy, gas, and oil.

According to Catherine MacGregor (Engie), Jean-Bernard Lévy (EDF), and Patrick Pouyanné (TotalEnergies) in Le Journal du Dimanche, “we call for collective and individual awareness and action so that each of us – each consumer, each company – change our behavior and immediately limit our consumption of energy, electricity, gas, and petroleum products.”

The French government has also been developing backup plans in case Russian gas supplies, which supply around 17% of its gas needs, are shut off.

The race for green hydrogen